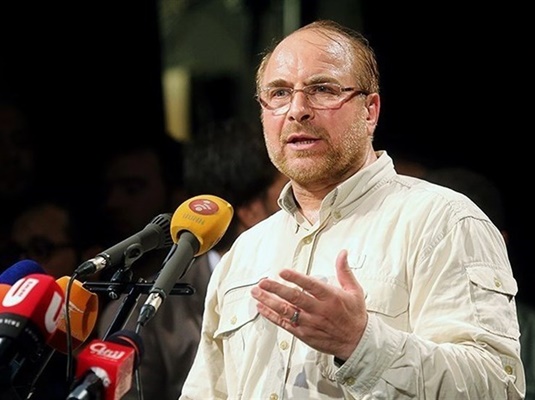 An Iranian presidential contender has slammed some officials of the current administration for “accumulating wealth.”

Iranian presidential candidate Mohammad Baqer Qalibaf has weighed in on a whole range of economic issues in a televised campaign program. The highlights of his comments follow:

Some candidates ask other presidential contenders about their programs if they become president. This is a wrong question because we have a national 20-year outlook plan, and the macro-policies of the establishment have also been drawn up by the elite and announced by the Leader. The sixth [National Economic Development] Plan has also been approved. So, if anyone wants to do something, he should talk about the ways of implementing these plans. Unfortunately, this administration did not even communicate the sixth plan.

We can’t run the country with a style of management which belongs to 60 years ago. They believe 300-400 thousand tomans [$80 to $106] are needed to create a job. But now, it’s not the case anymore. By cutting out the middleman coupled with a rise in supply and demand, it is possible to create jobs at a very lower cost.

It’s not bad to collect wealth, but a government official shouldn’t do that. They enjoy the privilege of having information, which they use to add to their wealth. They just talk the talk like authorities did during the Qajar era, but can’t tackle corruption. However, Amir Kabir [Iranian prime minister in Qajar era] was a national hero because he fought corruption.

Some didn’t believe that all my wealth was just the things on the list [of my possessions and properties that I showed during the third live televised presidential debate on Friday]. People should know that I haven’t got engaged in [even] a legal economic activity until now, and will never do so in my administration. I will tackle the smuggling of goods. But an administration [official] that gets a business card in the name of a poor villager [in order to hide his/her true identity], how can it fight the smuggling of goods? I know I’m going to pay a heavy price for my words, and as of tomorrow, smear campaigns will be launched against me again! But people should know that if officials move toward accumulating wealth, issues will get worse every day.