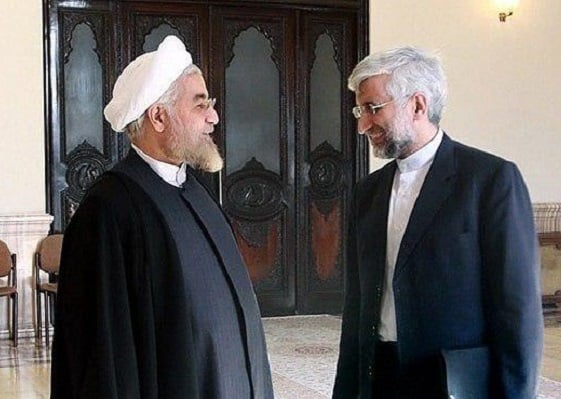 Iran’s former nuclear negotiator Saeed Jalili says he used to be a rival of Hassan Rouhani during the 2013 presidential elections, but he feels duty-bound to support him if he does something that serves the country’s interests.

Speaking in a meeting on Wednesday, Jalili said, “If a good thing is being carried out, we should support it. We should not keep silent or try to undermine it because it is not performed by our favorite party.”

“We should not be indifferent; we must encourage doing the right things,” he noted, according to a Farsi report by Tasnim.

Jalili, who is the Leader’s representative at the Supreme National Security Council, also noted that due to the political differences, good things are seen less frequently.

“A revolutionary person cannot be indifferent to what is happening in the country. If we find a fault somewhere, we must stop it in order to have it corrected through legal ways.”

He further mentioned that it is impossible to wait for the president or a minister to solve all the problems saying that all the people must contribute to resolving the issues.

“When we talked about a Shadow Government, this did not mean that we want to create a party. The shadow government means anyone who believes in the Islamic revolution has a duty to follow up the country’s developments,” he concluded.

Jalili was Rouhani’s rival in the 2013 presidential votes, and one of the key alternatives of conservatives in the 2017 elections. However, after the re-election of Rouhani in 2017, he said he has established what he calls a Shadow Government as a major critic of the incumbent administration.