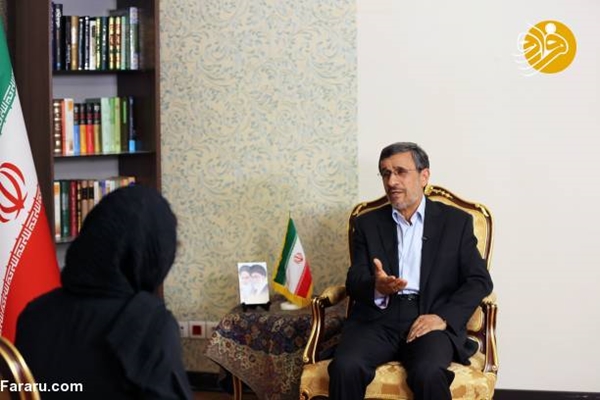 Former president of Iran Mahmoud Ahmadinejad has slammed the 2015 nuclear deal as a one-way accord that has ignored the principles of justice and is doomed to collapse in the long term, noting that he would not run for president in the next election.

In an interview with Anadolu Agency, Ahmadinejad criticized the administration of his successor Hassan Rouhani for signing the Joint Comprehensive Plan of Action (JCPOA) with the world powers, saying he would have never agreed to sign such a deal if he had been in the office.

Asked whether he has plans to run for president, Ahmadinejad said, “No; we respect people’s views.”

The former president said the JCPOA has only had one-way commitments for Iran, noting that its collapse would not mark any considerable achievement for either side.

“I believe that the base and foundation of the negotiations that led to the JCPOA were wrong,” he noted.

A contract not based upon justice, respect or recognition of mutual rights will be doomed to failure in the long term, he stated.

Ahmadinejad then emphasized the necessity for a negotiated settlement of the problems instead of using arms, noting that Iran and the US could be friends provided that the American policy-makers halt their hostile measures and stop seeking dominance.

Asked about France’s freeze-for-freeze proposal to save the JCPOA, Ahmadinejad said nothing has been left to be frozen.

“They [Rouhani administration] have lost everything and have received nothing in turn. Such plans (freeze-for-freeze) are like ceasefire plans in the war. An aggressor invades a country, and as soon as the country being invaded wants to respond, they [invaders] call for a ceasefire,” he noted.

“This is the Westerners’ usual method. They impose sanctions, and then obtain concessions for lifting the sanctions,” Ahmadinejad concluded, stressing that the West must recognize the rights of all nations if it really advocates world peace.