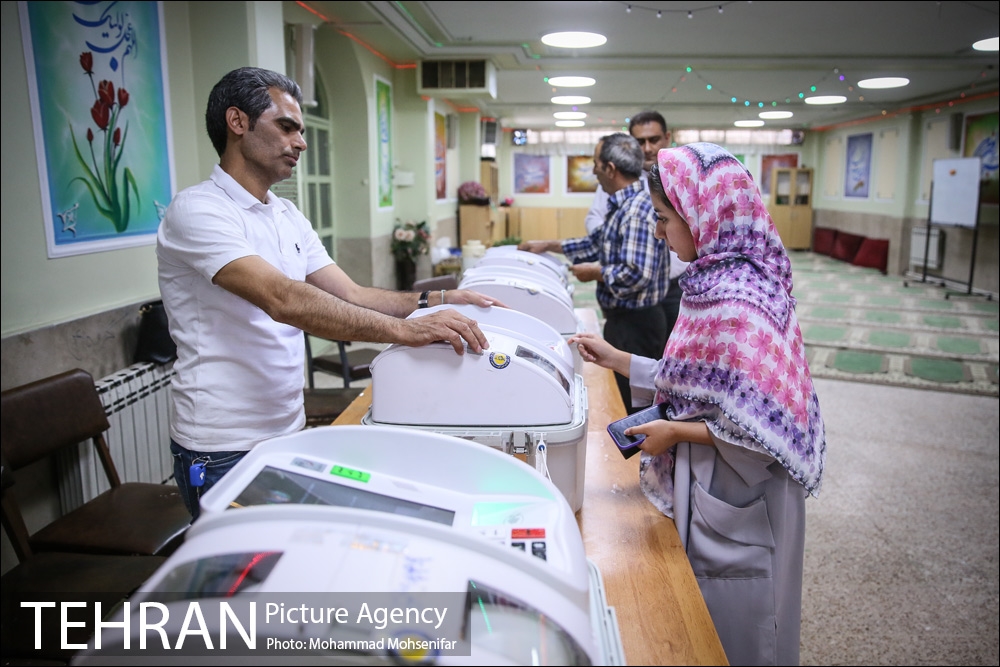 Citizens of Tehran went to the polls on Friday, July 26, 2019, to choose Assistants to the Islamic City Council of Tehran in the first fully-electronic voting in the country’s history.

Over 500,000 people cast their ballots using the e-voting machines, which helped the organizers to immediately announce the final results a day after the elections.

Some 7,000 fully-electronic ballot boxes were used in 1,700 polling stations, according to Hamid Tahayei, secretary of the executive committee of Tehran’s City Council.

A total of 12,328 candidates had registered for the election, some 12,030 of which were qualified to run in the elections, the official said.

The e-voting was tested on Friday ahead of the upcoming parliamentary elections, which are to be held electronically in most parts of the country.

The parliamentary and Assembly of Experts elections will be held simultaneously across the country in February 2020, according to the spokesman for Iran’s Interior Ministry.

Seyyed Salman Samani said back in February that the 11th round of the parliamentary elections and the mid-term election of the Assembly of Experts will be held on February 21, 2020.

The Assembly of Experts is a high-ranking body that elects and oversees the activities of the leader of the Islamic Revolution.