Putin, Erdogan in Tehran to Attend Trilateral Meeting on Syria 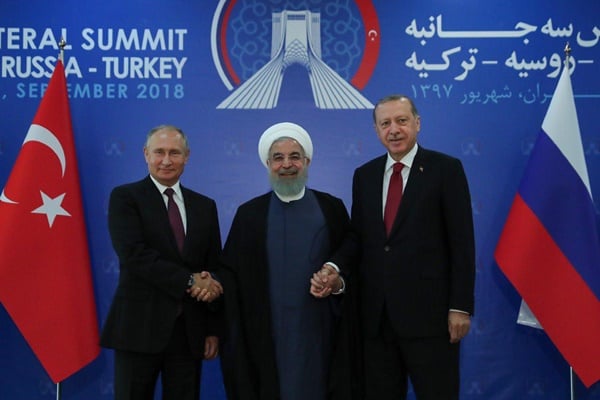 Turkish President Recep Tayyip Erdogan and his Russian counterpart Vladimir Putin arrived in the Iranian capital on Friday to attend the trilateral Tehran Summit on the Syria conflict.

The trilateral meeting will see Iranian President Hassan Rouhani and his Turkish and Russian counterparts discussing efforts to bring an end to the 7-year conflict in Syria.

This is the third trilateral summit between the three leaders. Previous meetings were held in Russia and Turkey.

The three countries, known as guarantors of the Syria ceasefire regime, have also held several rounds of talks in Kazakhstan’s Astana and elsewhere to help ease the conflict.

The Tehran Summit comes at the Syrian Army is about to start an operation to retake control of Idlib, the last stronghold of its opponents in Syria.

Turkey, a main backer of forces fighting the Syrian government, has warned about the consequences of clashes in the region.

“We seek a solution based on an agreement that allows the Syrian government to retake control of Idlib,” he said.