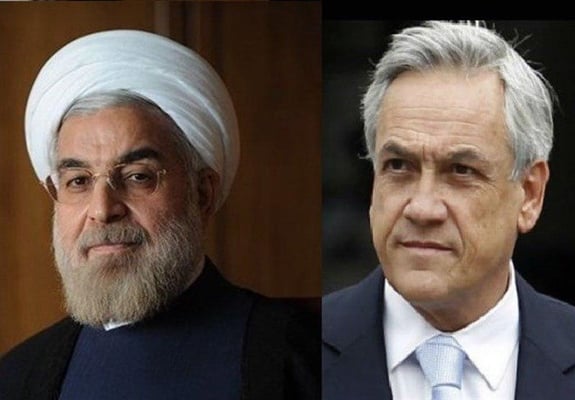 Ansari delivered the message during a meeting with Chilean Foreign Minister Roberto Ampuero in Chile’s capital of Santiago.

In recent weeks, President Rouhani’s special envoys have travelled to different countries in Latin America and conveyed his messages to his opposite numbers and other heads of state.

Ansari, as well as Deputy Foreign Minister Morteza Sarmadi, have earlier carried out the same mission in Brazil, Bolivia, and Venezuela.

The Iranian administration has enhanced political contacts with foreign leaders in recent weeks on the ways to save the 2015 Iran nuclear deal after the US exit.

Last week, President Rouhani told his French counterpart that staying in the JCPOA will be out of the question if Tehran cannot enjoy the benefits of the nuclear deal.