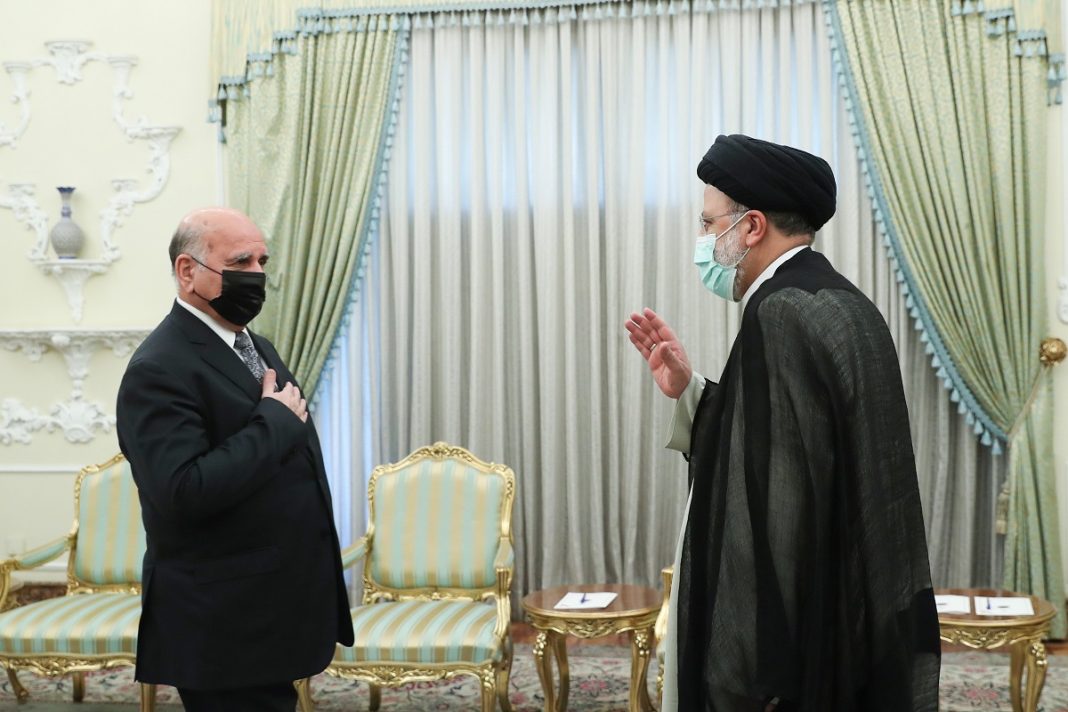 Iran’s President Ebrahim Raisi has said the Islamic Republic wants a strong and united Iraq and it hopes to see a political breakthrough there as a result of cooperation and solidarity among mainstream political factions in the country. Raisi made those comments in a meeting with visiting Iraqi Foreign Minister Fuad Hussein on Thursday.

The president referred to religious, historical and cultural commonalities of the two countries, saying the relationship between Tehran and Baghdad is beyond conventional ties between two neighbors. Raisi added that Iran is determined to strengthen these brotherly ties with Iraq as much as possible.

The Iranian president said the security and interests of Iran and Iraq are intertwined and the enemies can never harm the bonds between Tehran and Baghdad.

He reaffirmed Iran’s support for the territorial integrity and sovereignty of Iraq and said unity among Iraqi ethnic and religious groups will help maintain stability in the country.

Raisi however noted that Iran will never allow any regional country’s territory to be used as a launching pad for threatening the Islamic Republic’s security.

He said Iran expects the federal government in Baghdad and also the Kurdistan region’s government to not let their territories to be used by enemies to hatch plots against Iran.

He then lamented what he called negligence on the part of the Kurdistan region. He said no one can hide cooperation with the Zionist regime and that Iran is keeping close tabs on everybody in the region.

During the meeting, the Iraqi foreign minister also underlined his country’s resolve to boost the level of cooperation with Iran in different fields.

Fuad Hussein said Iraq considers itself not just Iran’s neighbor but an ally and friend of the Islamic Republic’s.