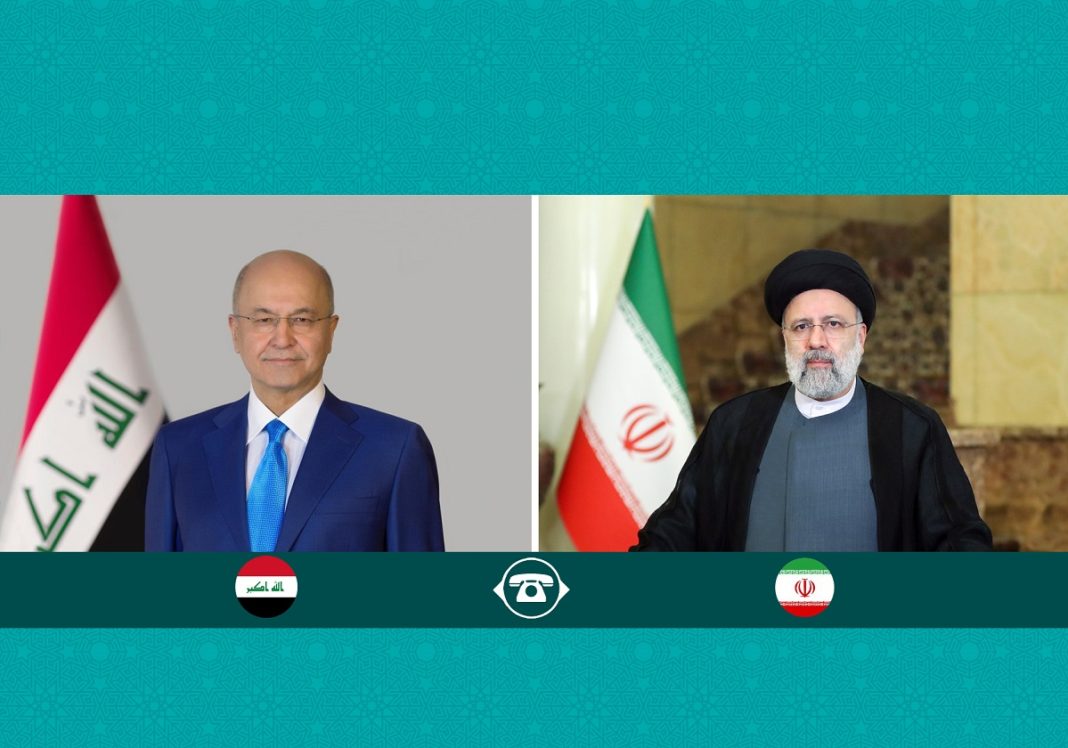 Iranian President Ebrahim Raisi has told his Iraqi counterpart Barham Saleh that the Islamic Republic of Iran believes the slightest insecurity in Iraq will be harmful to the whole region.

Raisi also said that is why Iran welcomes the establishment of a strong government in Iraq and supports the realization of the interests of the Iraqi people.

Raisi and Saleh were speaking in a phone call initiated by the Iraqi president.

The Iranian president said Iran and Iraq are not mere neighbors and there is a brotherly and family bond between the two nations.

Raisi added that positive steps have been taken to deepen ties between Tehran and Baghdad and that Iran is determined to boost the level of ties in all fields.

He underlined the need for efforts to stabilize the region without foreign interference, adding that time has proven that the US does not care about Muslim nations of the region including Iraq.

He added that today, it’s been proved that extra-regional powers are only after their own interests.

Raisi warned that any country in the region that moves in line with the domineering goals of the US and the Zionist regime will draw the wrath of regional Muslim nations.

The Iraqi president for his part underscored the necessity of cooperation between Iran and Iraq to overcome regional challenges.

Saleh said Baghdad and Tehran are on the same page regarding many issues and follow the same goals.

The Iraqi president said regional problems can only be resolved by regional countries.

He also said the economic possibilities of Iran and Iraq can serve the interests of both nations.