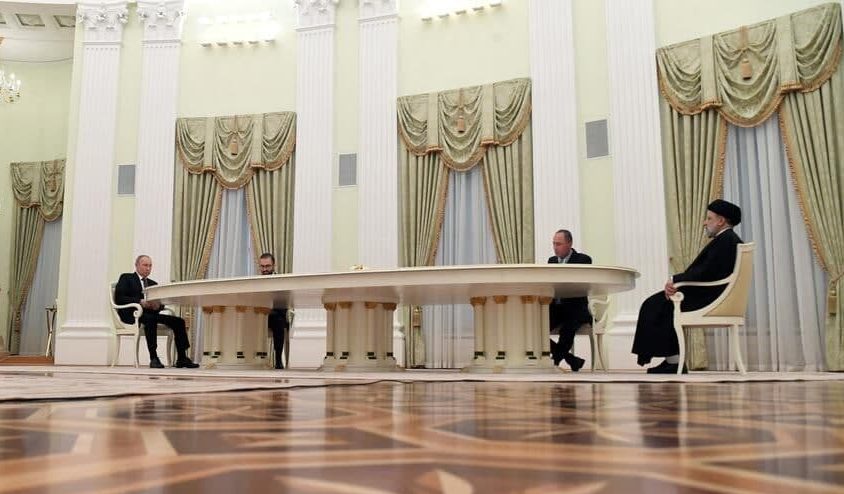 Iran’s President Ebrahim Raisi has said Tehran is ready for the implementation of a 20-year strategic cooperation document with Russia which would serve the interests of both nations.

Raisi made the comment in a meeting with his Russain counterpart in Moscow on Wednesday.

He said the strategic cooperation document can serve as a guideline for the future of ties.

The Iranian president noted that Iran sees has no limits in ties with Russia and its relations with Moscow will be strategic not temporary.

The Iranian president cited the cooperation between Iran and Russia in the fight against terrorism in Syria as a good example of such a synergy.

Elsewhere, Raisi said Iran and Russia can work together to counter the US’s unilateralism, adding, “We have resisted the US for over 40 years and we will not tie the progress of our country to the US sanctions”.

He however said the Islamic republic will try to get the sanctions lifted but all efforts focus on neutering them.

He also thanked Putin for helping Iran become a member of the Shanghai Cooperation Organization.

The Russian president for his part said Russia has been in close contact with the Raisi administration after his inauguration as Iran’s president.

He referred to growing ties between the two sides, saying last year trade between Iran and Russia increased despite the Covid pandemic.

Putin added that huge joint economic projects are also being implemented by Iran and Russia.

The Russian president also praised cooperation between Iran and Russia at the international level. He said, “Thanks to our joint efforts, the Syrian government overcame international terrorism”.

He also described Afghanistan as being of grave importance to both Iran and Russia.

Putin promised to help provide a free zone between Iran and the Euroasia union after Iran’s accession to the SCO.

Heading a high-ranking delegation, President Raisi arrived in Moscow on Wednesday for a two-day-visit.