Persian Ranks 11th among Most Popular Languages on Internet A recent report by W3Tech says Persian language has turned into the 11th most popular language of websites in recent years.

According to the latest W3Tech report in November 2017, Persian language has ranked 11th among most widely used languages of the Internet, being used by 1.7% of all the websites.

This comes as the Persian language now stands one rank higher than Turkish and 5 ranks higher than Arabic, and is the most popular language of the World Wide Web in West Asia and the Middle East, writes Tarabord website in a Farsi report. 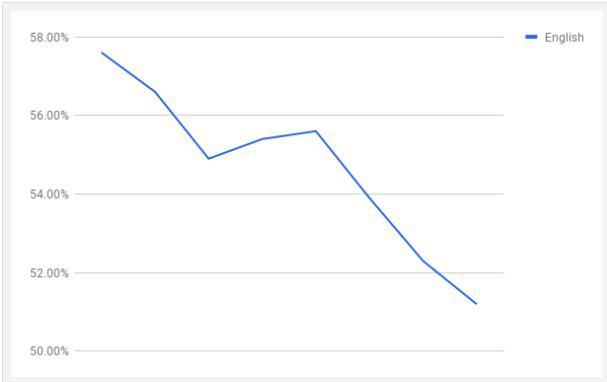 A higher share for a language on the Web is not only a sign of the livingness of that language, but also shows the development of the online technologies and the industries related to it.

According to Tarabord, Persian language without tens of millions of Internet users and a powerful community of programmers, journalists, bloggers, and thought and content producers could not achieve this success.

On the other hand, the expansion of non-English languages on the Web is a proof of the content diversity on the Internet and the efforts of different cultures to update themselves.

In this regard, the rapid growth of Persian language on the Web is a promising phenomenon that proves Iran’s capability in creating contents.

The following diagram helps us better understand the status of non-English major languages, and shows how these languages are used on the Web. 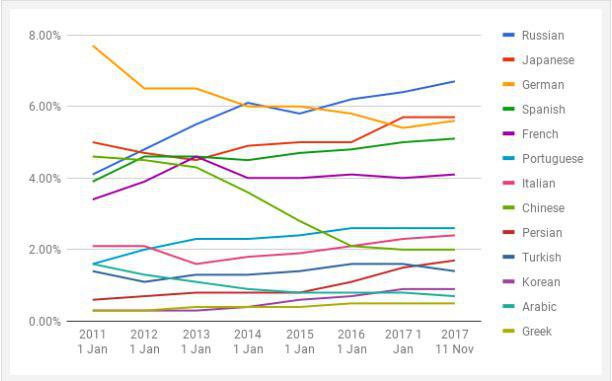 The rapid growth and expansion of the Internet access along with the strong cultural and scientific influence of Persian language as well as the country’s policy for the development of Web-based services can be considered as the most important factors in this development.

The following table shows the top 25 mostly-used languages of the web between 2011 and 2017. 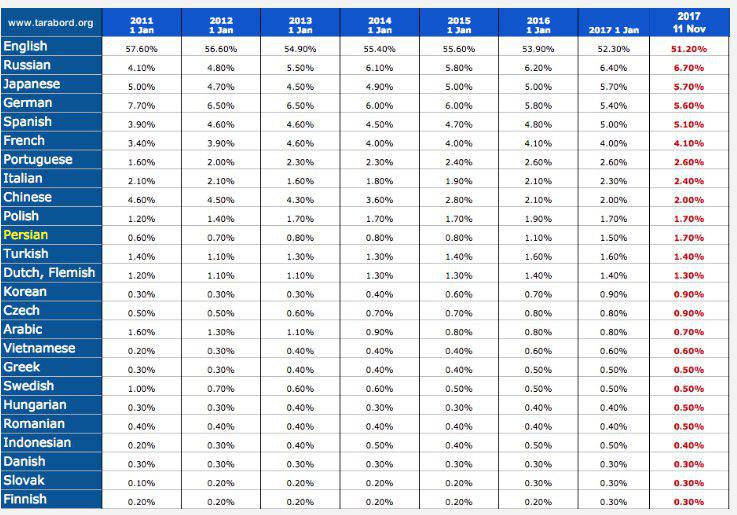 In the table above, the prevalence of Turkish language has remained relatively stable since 2011, but the odd thing is a 50-percent reduction in the use of Arabic language.

Although the exact reason for this decline is not known, the reduction could be attributed to the wars that many Arab countries have experienced in recent years.