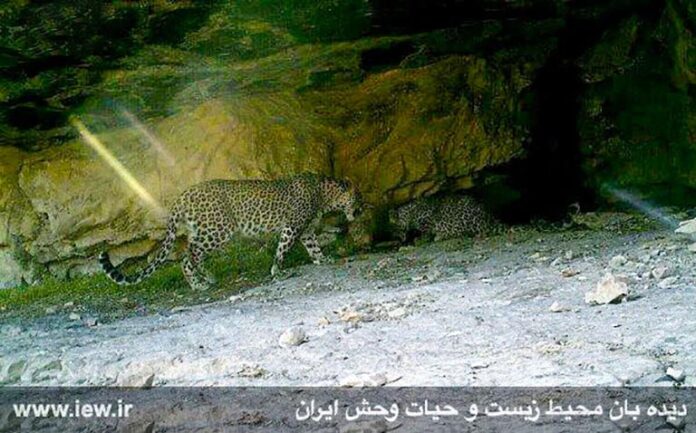 Images captured on camera of female leopards with their cubs show efforts to protect the big cats are succeeding in Tandooreh National Park.

Camera traps used in a research project involving Persian leopards in Tandooreh National Park in northeastern Iran have recently captured images of a female leopard with her cub, the website of Iran Environment and Wildlife has reported.

The image of the leopard and her cub was shot by a camera installed in the vicinity of a spring.

As part of the project, three leopards, none of them female, have already been fitted with GPS tracking neckbands.

Images of the female leopards, especially the ones that show them with their young, are indicative of the thriving population of leopards in Tandooreh which is a main habitat of leopards in Iran.