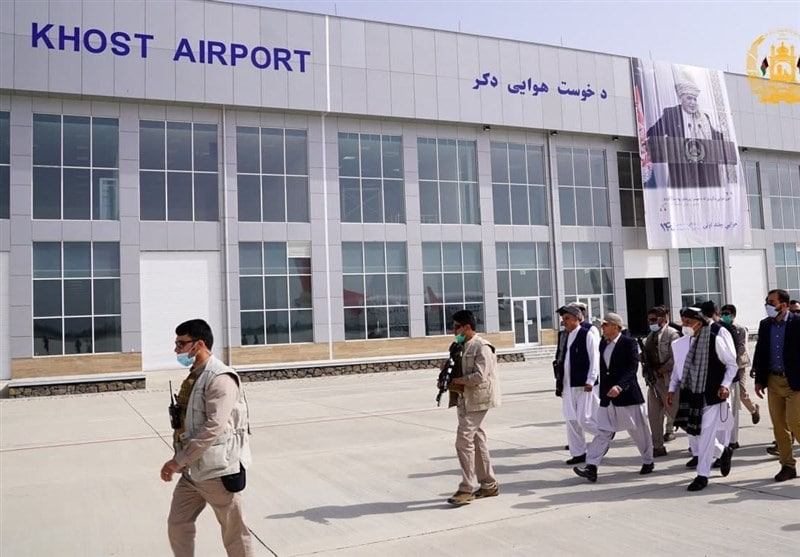 The Afghan government seems to be rolling out the red carpet for the Taliban by removing the Dari Persian language from the signs of Khost International Airport, which was recently opened by President Ashraf Ghani.

From 1996 to 2001 when the Taliban reigned over Afghanistan, many of the country’s Dari signs were replaced with Pashto versions as part of the extremist group’s insistence on promoting Pashto as the official language of the country.

However, the efforts were expected to be stopped with the ouster of the Taliban following the 2001 US invasion of Afghanistan.

But now that the militants are controlling over 85 percent of the Afghan soil again, the Kabul government seems to be following the Taliban’s approach to the Persian language, even though it is considered the lingua franca in Afghanistan. Recently, President Ghani inaugurated the Khost International Airport, but the Airport’s signs only include its names in English and Pashto.

The move has been widely criticised by Afghan social media users who accuse the Afghan government of showing discriminatory behaviour towards the country’s official languages.

Last month, the same thing happened with a sign that was displayed at a meeting of the Afghan Ministry of Endowments.

The country’s banknotes, unveiled five months ago, also exclude Persian language and only include English and Pashto languages.