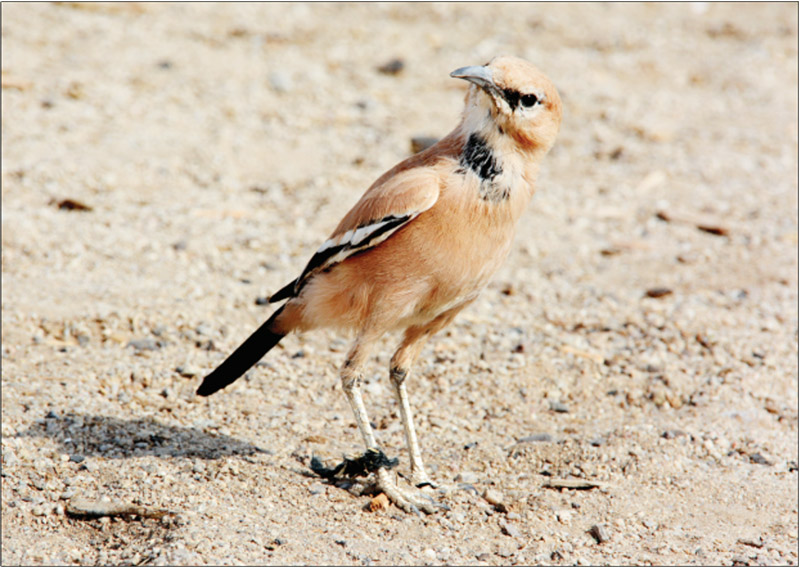 Iran’s Lut Desert, which has lately been named as a world heritage site by the United Nations Educational, Scientific and Cultural Organization (UNESCO), is home to Pleske's ground jay or Persian ground jay as an endemic bird of Iran, an official said.

“These birds have become compatible with their natural habitat.”

“Persian ground jays belong to crow family; however, they are distinguished from other types of jays and crows as they have a propensity for being terrestrial to the extent that when alarmed, they tend to run instead of flying,” Malakouti went on to say, as reported by Nasim and translated by IFP.

She underlined that Persian ground jays are known for their sweet voice and buff-coloured feathers.

Malakouti says the bird is endemic to Iran and is given the title of “Iran’s national bird”.

These not-often-seen birds are well adapted to desert conditions. Persian ground jays, which are about 24cm long, have strong legs that allow them to run swiftly on uneven surfaces and scrublands.

They can dig the ground and move the earth for food with ease thanks to their long, slightly curved beaks.

Persian ground jays, which are highly dependent on Zygophyllum plant as they build their nests on it, live on grains and insects. They claim and defend their territories as part of their territorial behaviour, and bury their food because of their instinctive hoarding behaviour.

This bird is not scared of humans; however, it always keeps the safety distance.