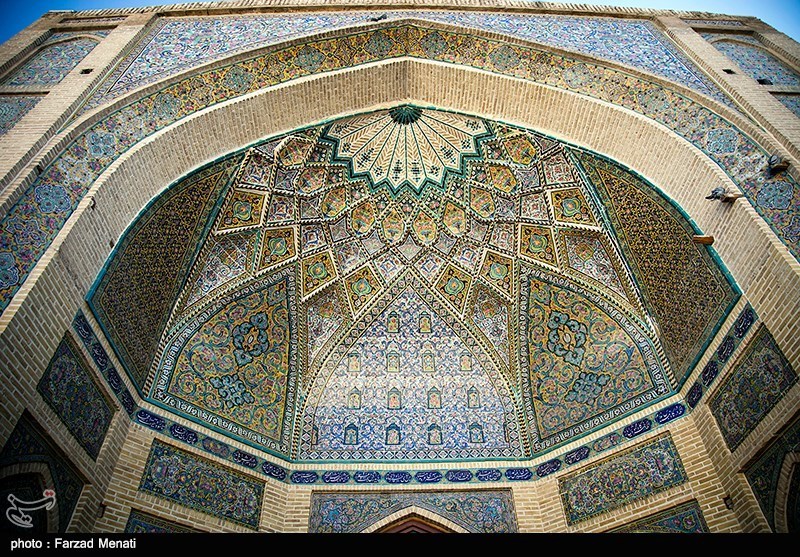 Emad-ed-Dowleh mosque, a historical structure located in the city of Kermanshah in Western Iran, annually attracts numerous tourists to the region.

The mosque was built in 1285 AH in Feizabad neighbourhood, on the western side of the Zargaran (goldsmiths) market by Emam Gholi Mirza Emad-ed-Dowleh, the governor of the Western frontiers.

The main entrance of the mosque is through the eastern porch, which is linked to the Zargaran market by a large wooden door.

According to some accounts, this wooden door was moved from the holy shrine of Imam Ali (AS) in Najaf, and thus has been known as the relic of the king of Najaf (Imam Ali).

Here are Tasnim News Agency’s photos of this historical mosque: