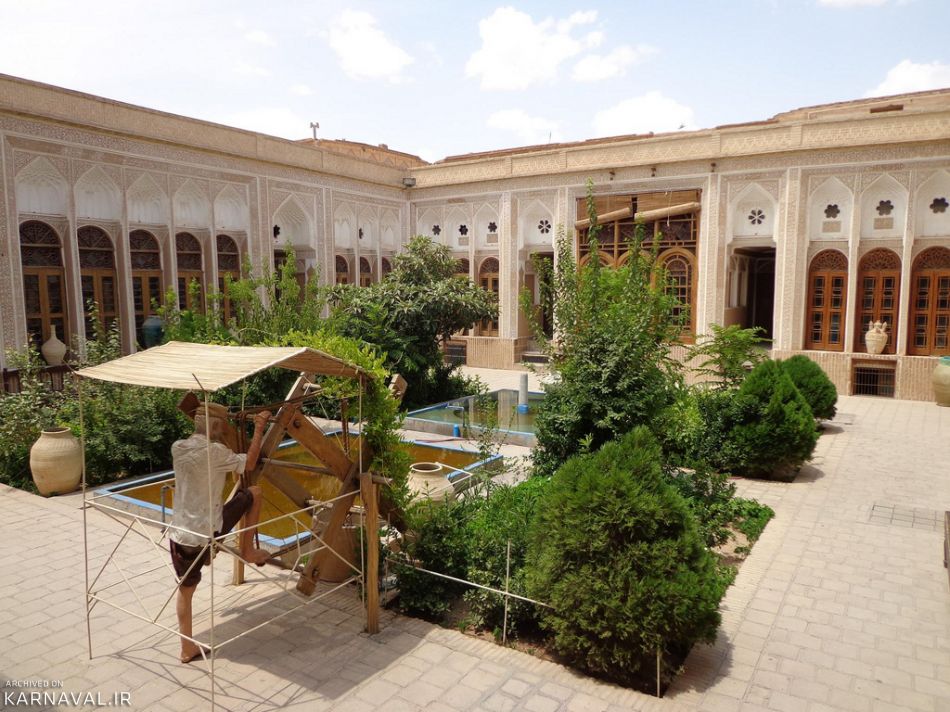 Kolahdoozha House or the Water Museum of Yazd is famous for its astonishing Qajari architecture and other unique features.

The house, built in 1929 by a well-known merchant named Kolahdooz, has been constructed around a gorgeous garden, with beautiful adornments in several floors.

Two qanats (underground aqueducts) are running under the house at different levels, which are reachable through a special stairway called Payab.

This distinctive characteristic led the provincial officials to rebuild the house into Yazd Water Museum.

The museum was opened in 2,000 after the city hosted the first international conference on Qanat, a feat of ancient Persian engineering which helped distribute water through underground canals.

Persian qanats, which have allowed life to flourish in the desert, were registered on the UNESCO World Heritage List in 2016.

According to the UN cultural organization, the qanats provide exceptional testimony to cultural traditions and civilizations in desert areas with an arid climate.

The Museum displays the tools and techniques used for the past 2000 years in Iran in creating Qanats and connecting them to the city and field locations for agricultural and other uses.

The museum also hosts historical structures like water well, and shows the drilling of mother wells through photos.

Among the tools are water distribution clocks, bowls with a hole in the bottom that helped to mark out the 15- or 20-minute shares of water purchasable by householder or farmer.