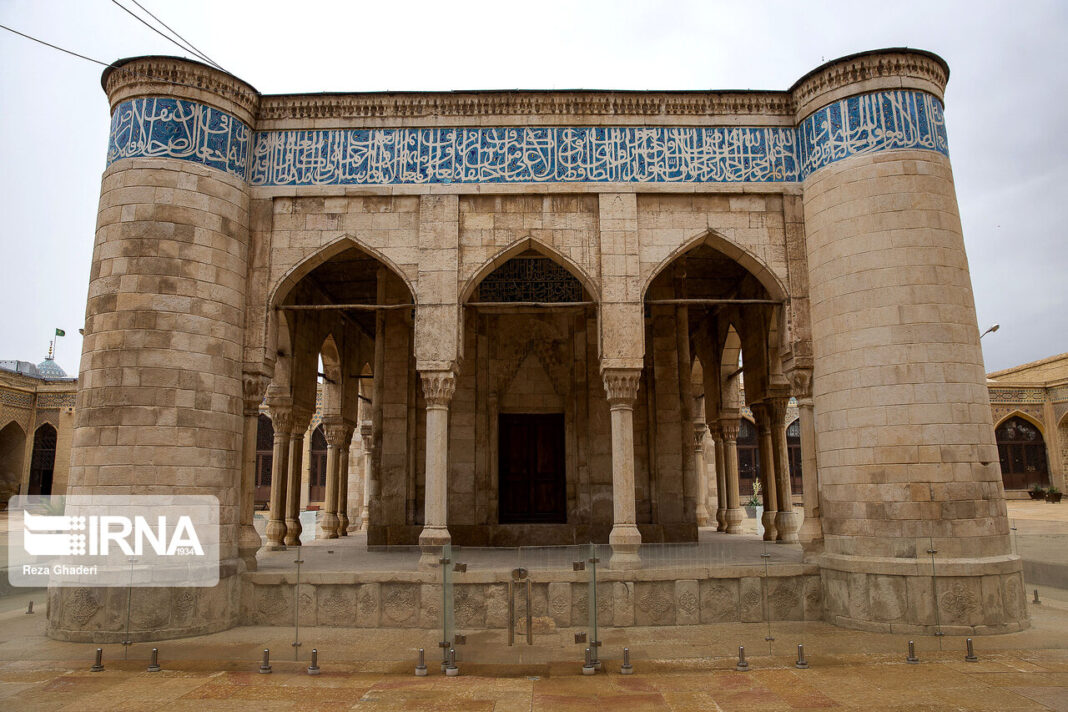 The Atigh Grand Mosque of Shiraz is one of the city’s oldest mosques, registered in the Iranian national heritage list in 1932.

Its building, the first historical core of Shiraz city, consists of a tall structure with several rooms and Shabestans [traditional large, underground spaces]. Some parts of the mosque have two floors.

This two-porch mosque has been built in 281 AH by the order of Amr ibn al-Layth, the Saffari ruler. Later in 752 AH, Shah Isshaq Inju, the Ilkhanid ruler of Fars, constructed a building in the middle of mosque, which is called Khoday-khaneh [house of God] or Dar-ol-Mossahhaf. It has been the place where the Holy Quran was kept and recited.

What follows are IRNA’s photos of the Atigh Grand Mosque of Shiraz: