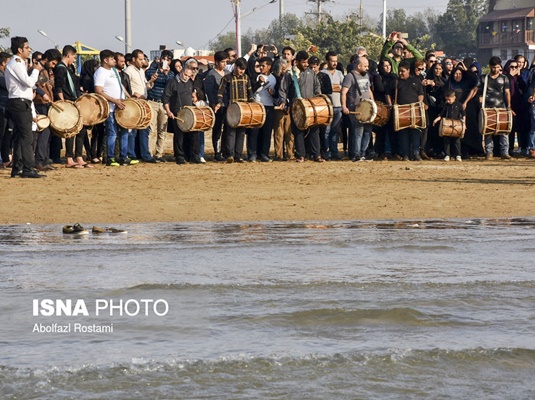 The people of Bushehr in southern Iran have gone into mourning for the victims of the Iranian oil tanker Sanchi in their own traditional way.

Based on a traditional belief, when someone is drowned in the sea, people in Bushehr mourn by beating their traditional drums and symbolically ask the sea to bring the dead bodies back to the coast.

Following the recent tragic incident in East China Sea, where all the 32 crew members of an Iranian oil tanker lost their lives after their ship Sanchi caught fire and sank, the Bushehris took to the Persian Gulf coast to mourn their deaths in their own way.

Here are ISNA’s photos of the ceremony: