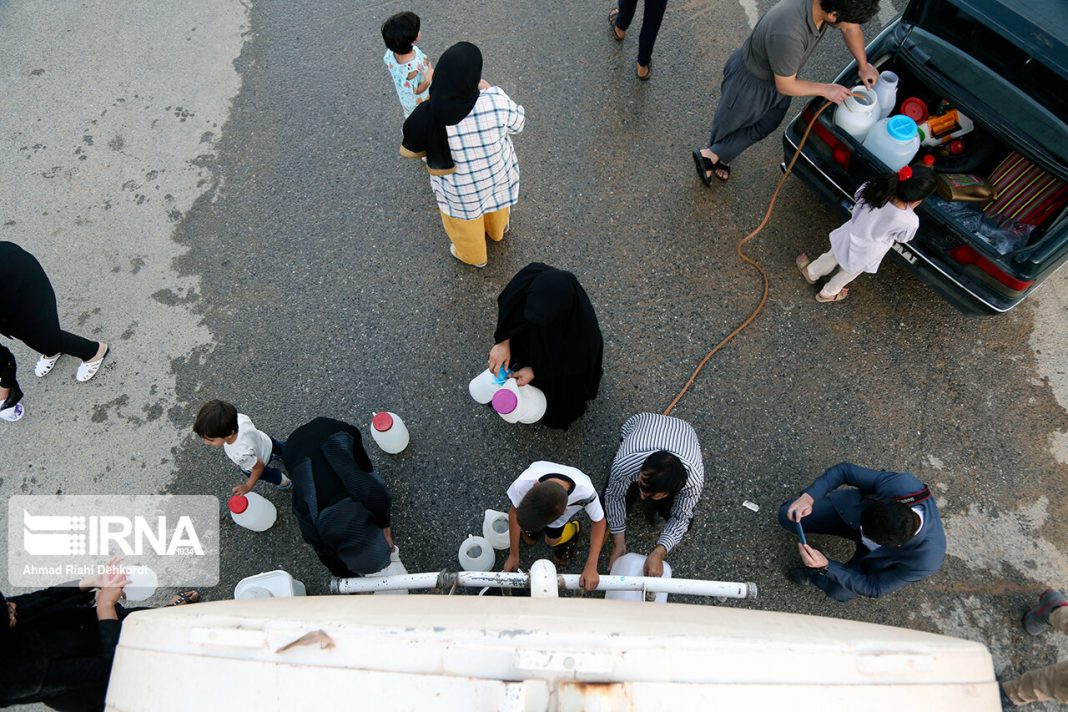 A group of residents in Iran’s ancient capital Hamedan gathered outside the governorate building for the second consecutive night on Wednesday to express their fury with the cut in water supplies in the city for the past several days.

The crowd of almost 200 people was carrying empty bottles of water to symbolically show the severity of the scourge they are grappling with.

Hamedan Governor Mohammad Ali Mohammadi sought to address the protesters’ concerns, saying the officials are working to tackle the problem.

The city of nearly 600,000 people has been going without water for the past few days under the scorching summer heat.

Officials in Hamedan have been distributing water in tankers and handing out bottled water as a makeshift solution.

Depletion in the Ekbatan Dam, recent flash floods in the region and the lack of water treatment plant in the province are among the main reasons blamed for the water scarcity in the western Iranian city.

The development comes days after Shahrekord, the capital city of Iran’s Chahar Mahal and Bakhtiari Province, went through nine days with no piped water.

Iran, a historically arid or semi-arid land with meager water resources, has been hit hard with water scarcity in recent years.

Climate change, growing demand, and allocation to water-intensive industries and agricultural products, like steel factories, rice and watermelon, are among the main reasons cited for the ordeal in recent years.