Parliamentary act won’t have an impact on talks: Tehran MP 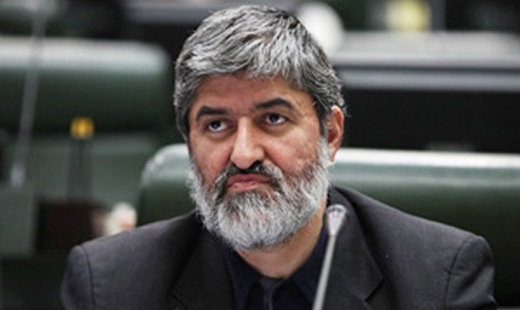 Ali Motahari says that some provisions of the general outlines bill need modifications.

Ali Motahari, a principlist deputy who represents Tehran in the Islamic Consultative Assembly, said Sunday that he thinks a nuclear deal is around the corner. “God willing, a good deal will be signed.”

According to Khabaronline.ir, Motahari, who was speaking on the sidelines of a parliamentary session Sunday which voted for the general outlines of a bill that requires government to safeguard the nuclear achievements of the nation, further said the chamber’s involvement in the case at this juncture is of great importance in upholding its accountability to the nation. The following is the translation of an excerpt of his comments:

Ali Motahari added that some provisions of the outlines bill needed modifications. “For instance, the bill states that all sanctions need to be lifted. Basically, sanctions which are related to human rights won’t be lifted, so the term all sanctions should be replaced with all nuclear sanctions.”

He went on to say usually parliaments elsewhere make such decisions to be able to reject a deal if it does not meet their requirements. “That does not seem to be the case here. Besides, the modifications introduced to the bill do not tie the hands of the nuclear negotiators.”

He also praised Parliament Speaker Ali Larijani for denying the opponents of the talks the opportunity to push the bill off the agenda of the chamber.

In conclusion, he said there are signs that a good deal will be struck, citing the determination of both sides.