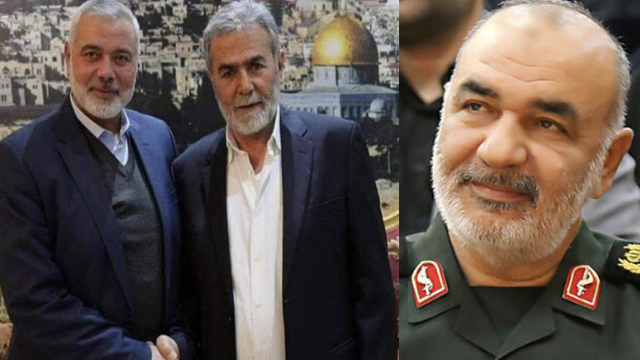 Al-Nakhalah said the recent war on Gaza was a key conflict in the history of the fight against Israel and was characterised with unprecedented solidarity among Palestinians.

He hailed the efforts of late commander of the IRGC’s Quds Force Lieutenant General Qassem Soleimani, saying he worked hard to help this victory materialize.

“You stood with us in all fields and you have a share in the realisation of our victories and will also be next to us in liberation of al-Quds,” Al-Nakhalah told Salami.

Salami, in turn, vowed that the IRGC will never leave the Palestinian nation alone.