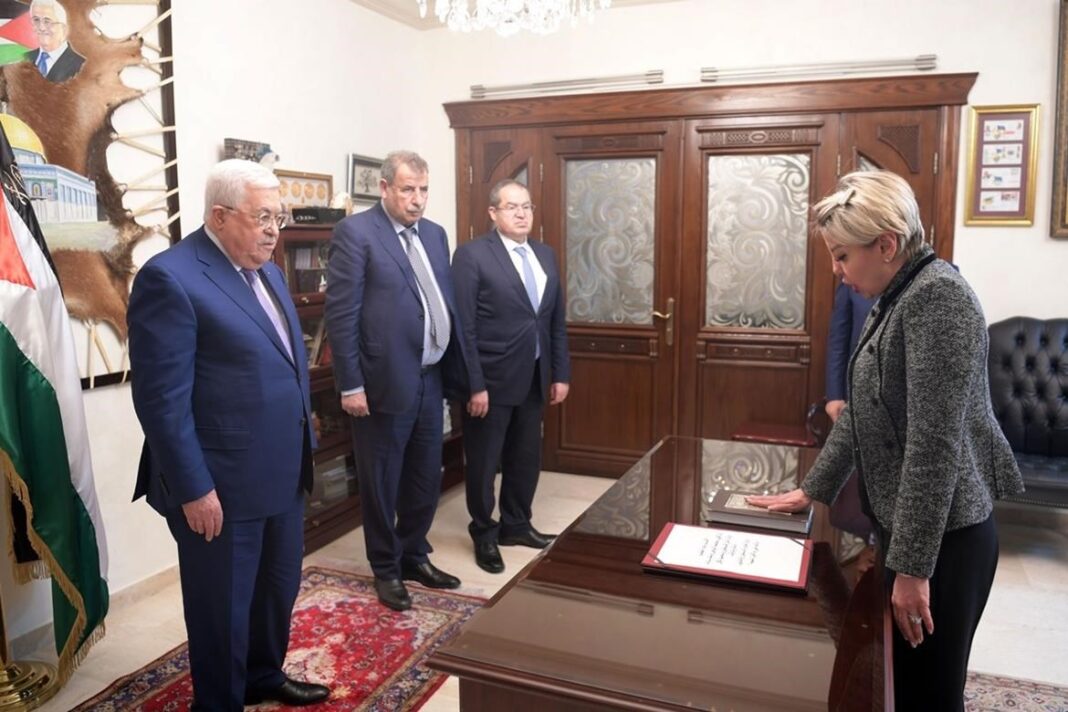 Salam Al-Zawawi was sworn in before President of the Palestinian Authority, Mahmoud Abbas, as Palestine’s new ambassador to Iran.

President’s Adviser for Diplomatic Affairs Majdi Al-Khalidi and Director General of the Palestinian National Fund, Minister Ramzi Khoury, were present at the swearing-in event, which took place at the President’s residence in the Jordanian capital, Amman.

Salam is daughter of Salah Al-Zawawi, the former Palestinian ambassador to Tehran.