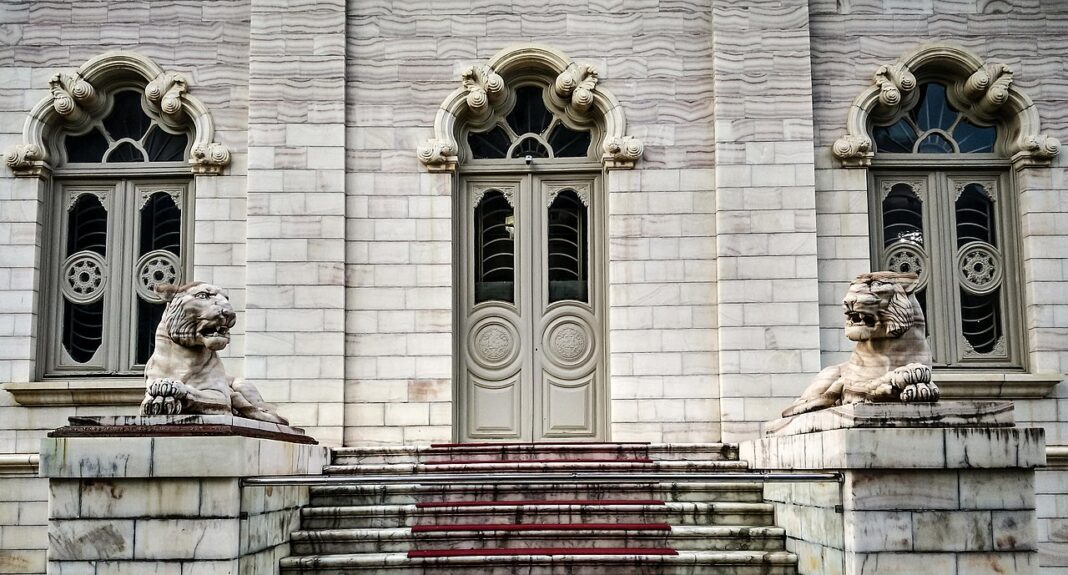 The Marble Palace in Ramsar is one of the historic buildings and royal residences located in Ramsar, a city on the coast of the Caspian Sea in Mazandaran province.

The palace was built in 1937 by Reza Shah Pahlavi and was used as a royal residence until the 1979 Islamic Revolution.

The special plasterwork at Ramsar Palace Museum is an amalgamation of Iranian an European art. The oldest artwork at the museum is “The Last Supper” tableau along with Iranian carpet tableaus, bronze trophies, vases, etc.

The palace was restored in 2019 using nanotechnology.

Here are Mehr’s photos of the beautiful palace: