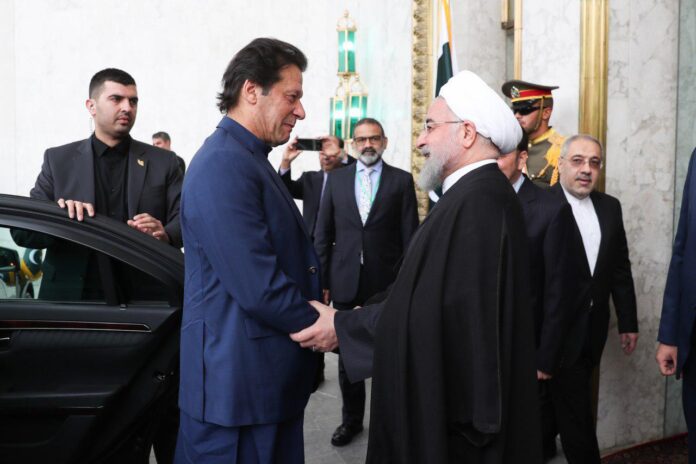 Pakistan’s Prime Minister Imran Khan has arrived in the Iranian capital for talks with the country’s top officials.

Upon arrival at Mehrabad Airport, Imran Khan and his high-ranking entourage were welcomed by Iranian Foreign Minister Mohammad Javad Zarif.

Rouhani and Imran Khan will discuss the most important issues in bilateral ties and the latest regional and international developments.

The focus of Imran Khan’s talks with Iranian officials is said to be mediation between Tehran and Riyadh, where the Pakistani official is set to visit after Iran.