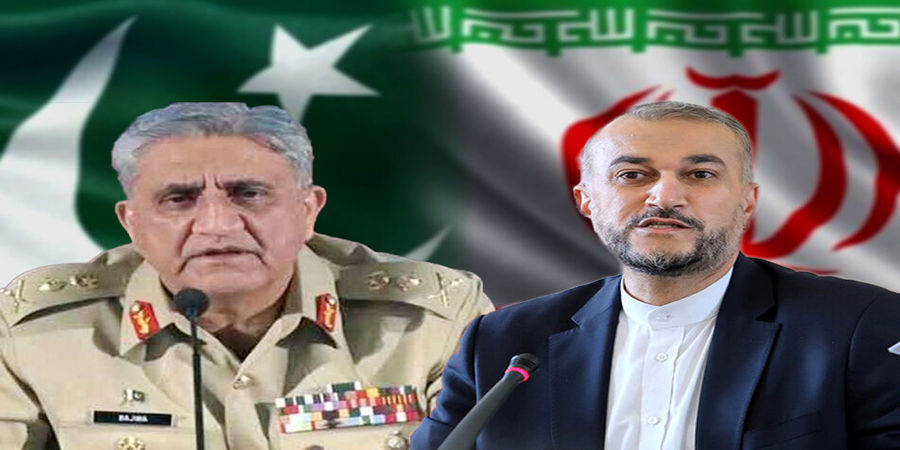 Pakistan's Chief of Army Staff General Qamar Javed Bajwa has said his country and Iran should launch a joint committee to boost security along their border as much as possible.

General Bajwa was speaking during a meeting with Iran’s Foreign Minister Hossein Amir Abdollahian in Islamabad on Sunday.

Pakistan’s Chief of Army Staff also stressed the need for closer cooperation with Iran on Afghanistan, especially in the fight against terrorism.

He described terrorism as a common enemy of Iran and Pakistan.

The Iranian foreign minister said fighting terrorism is an area of cooperation between Iran and Pakistan.

Amir Abdollahian is in Islamabad to attend the meeting of the foreign ministers of the Organization of Islamic Cooperation.