Is Pakistan Getting Iran’s Message? 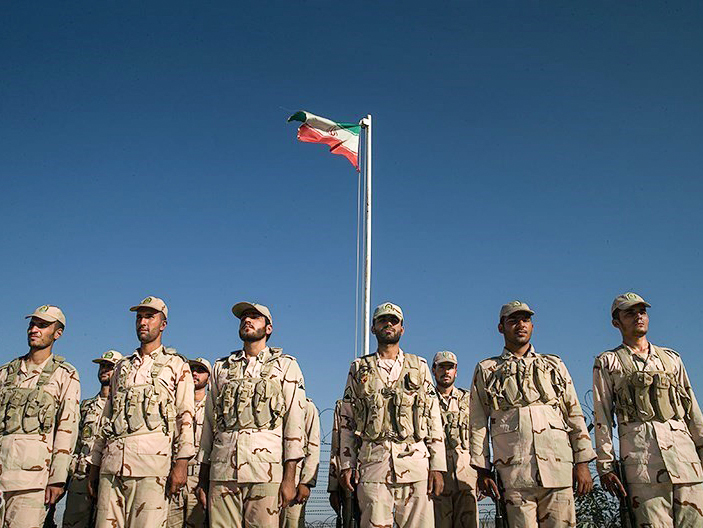 Iran has signaled that Pakistan should deal with terrorists operating on its soil if it wants to maintain cordial relations with Tehran. But is Islamabad getting the message?

The reactions by Tehran officials to the killing of 9 Iranian border guards by terrorists operating on Pakistani soil contain messages which, if Islamabad pays attention to, can help maintain Iran-Pakistan relations and defuse regional tension.

One day after the Iranian guards were shot dead on the country’s eastern border by long-rage weapons operated by terrorists inside Pakistan, Iranian President Hassan Rouhani in a message to Pakistani Prime Minister Nawaz Sharif warned that such incidents may harm cordial relations between the two countries while highlighting that third countries play a role in creating crises between friendly nations.

“Some countries are targeting unity in the Muslim world by launching proxy wars,” said the president in his message to the Pakistani premier.

Maybe reviewing the recent regional developments as well as Iran-Pakistan relations could decode this part of Rouhani’s message. Many observers believe that although Saudi Arabia has failed in its efforts in recent years to attract Pakistan and, for instance, drag it into direct military involvement in Yemen, there are signs which indicate Riyadh, through pressures and incentives, has somehow managed to gain concessions from Pakistan.

A few months ago, Pakistan turned down Saudi Arabia’s offer to choose a veteran Pakistani army general as the commander of the so-called Islamic NATO coalition. Later, the general set conditions for accepting the offer. One of his conditions was that Iran must be part of the coalition. Nevertheless, it was later reported that former Pakistani army chief General Raheel Sharif was appointed as the commander of the Saudi-led coalition this month.

Iran reacted to his appointment immediately. Iranian Ambassador to Pakistan Mehdi Honardoust told Pakistani media that Tehran has “reservations” regarding Islamabad’s giving the go-ahead for the general to join the coalition.

Although Iran’s understanding of Pakistan’s economic situation and of Saudi pressures to get concessions from Islamabad has moderated Tehran’s reaction, observers are of the conviction that Pakistan, too, tried to highlight its interest in maintaining friendly ties and security cooperation with Iran by sending a parliamentary delegation to Iran and making arrangements for members of the security committee of the Pakistani National Assembly to visit Tehran.

All this comes as Iranian observers and policy-makers believe realities on the ground as well as the shots fired from inside Pakistan’s borders are clearer than political messages, and adjust their actions based on these very realities.

This is our understanding of President Rouhani’s message, which conditions “maintenance and enhancement of cordial ties between the two countries” on Islamabad dealing with the perpetrators of the terrorist incident, and which warns against interventionist and opportunistic moves by third countries.

Now, we should wait and see whether Pakistan will interpret President Rouhani’s message in the same way, or it will continue to move on the path delineated by masterminds of failed regional policies.