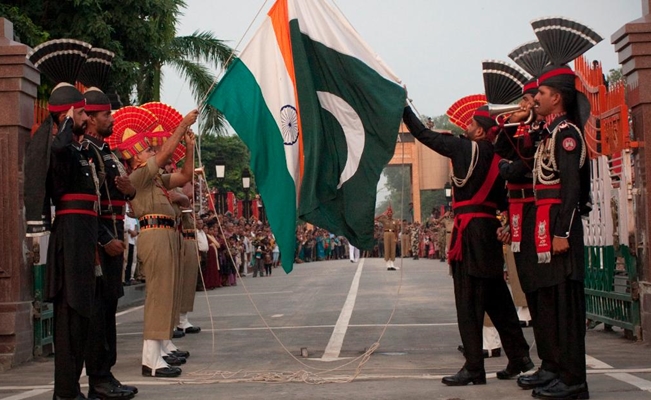 The Embassy of Pakistan in Tehran has called on the Iranian government to play an active role in resolving Islamabad’s tension with New Delhi and help find a peaceful solution to this problem.

“The prime minister of the Islamic Republic of Pakistan announced immediately after the incident that he is willing to share any information regarding the event with the Indian government and is ready to discuss the controversial issue of Kashmir through dialogue and negotiation,” reads the statement.

“Unfortunately, the Indian government did not welcome this move, and instead launched an offensive operation inside Pakistan which forced Islamabad to defend itself.”

Elsewhere in this statement, it has been stressed that the best way to solve all issues is through a peaceful way.

The Pakistani embassy in Tehran further mentioned that peace and stability in the region is in grave danger adding that it is necessary to examine the current situation immediately and consider it a serious threat to the peace and security of the region and the world.

The statement once again called on the international community to help reduce tensions between the two countries.

It also emphasised that the international community must condemn India’s attack and support the easing of tensions and urge India to stop violating human rights in the “occupied” Kashmir to promote peace and stability in the region.

The standoff between New Delhi and Islamabad triggered by a February 14 attack on Indian paramilitary forces in the Pulwama district of the disputed Kashmir region.

India blamed the attack on a militant group based in Pakistan. Islamabad repeatedly asked for evidence, which India said it has shared with Pakistan.

India started airstrikes on what it called terrorists’ positions in Kashmir, but Pakistan then downed an Indian fighter jet and captured an Indian pilot. New Delhi also claimed that it shot down a Pakistani warplane.

The pilot was finally handed over to New Delhi as sign of goodwill.