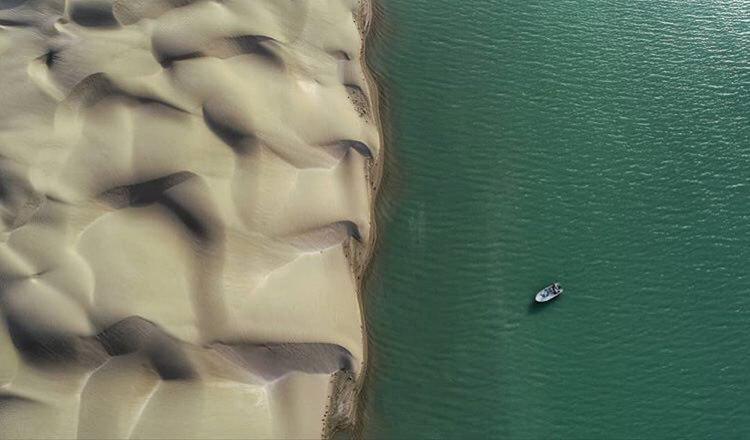 Mobin Baluch is a young man from Iran’s Sistan and Baluchestan province, who for many years has devoted himself to the development of tourism in his underdeveloped province and has invited many travellers to his mother land.

#Baluchestan_Is_Safe is the most important hashtag used by activists these days to fight against people’s most clichéd mindset about the vast land of Sistan and Baluchestan.

According to a report by Mehr News Agency, Mobin Baluch is one of the active guys who has set up a tourism group and created accounts on Twitter and Instagram to help develop his province. His campaign has brought many Iranian and foreign tourists to the southeastern region.

Mobin complains that the majority of films made about drug smuggling are shot in Baluchestan. “All which have been reported about this province were about insecurity. Three years ago, I launched #Baluchestan_Is_Safe campaign and invited nature lovers and tourists to come to this region. Indeed, a single tour is not enough to see areas such as Darak, Beris and Chabahar. During Nowruz it was very crowded here.”

One of the main concerns of the cultural and online activists of the Sistan and Baluchestan region is the misconceptions of the people of the country towards this region. Mobin says changing this mentality is even more important to him than generating income.

“Some time ago I was invited to a university to talk about my activities. Students had a lot of questions to ask. The contents of their questions showed that the only thing they knew about this border province is narcotics and drug smuggling, but I believe the tourist boom can resolve this problem,” said Mobin.

“Sometimes they say that Baluchs are Wahhabis who take money from Saudi Arabia to eliminate Shiites, or they say Baluchs do not let their women get out of the house. But this is not true. I might say that changing such mentality is more important to me than generating income for the province. I do not mean that generating income is not important, but we should first change this mentality.”

“If you ask me, I would say the first attraction of our province is its people. I would like to think of the Baluch language when it comes to Baluch people. Baluchi language is one of the most complete languages in Iran that has not been damaged over time. Sistan and Baluchestan has so many tourist attractions that each of them can be sufficient for a province or country. But I like to see travellers coming to this region for the sake of Baluchi people and culture,” noted Mobin.

Tourist attractions of Sistan and Baluchestan are perhaps the most unknown destinations in Iran. “Sistan and Baluchestan has a strange geography. Its size is as large as several European countries. The province is about 500 km in diameter. In the world, there are only 5 places where the desert reaches the sea, two of which are in our province. But there is only one place where you can see camels walking by the sea. There is only one place in the world where you can see the palm trees, the desert and the sea next to each other and that’s Sistan and Baluchestan. You must see the planktons of the Baluchestan Sea. The phytoplankton is a single-cell organism that feeds whales and strangely light up the beach at night. They cannot be seen with the naked eye, but their light is strange.”

“We have such beautiful things in Sistan and Baluchestan. Last year, I published their photos, and when a tourist group came, they all asked where these phytoplanktons are?” 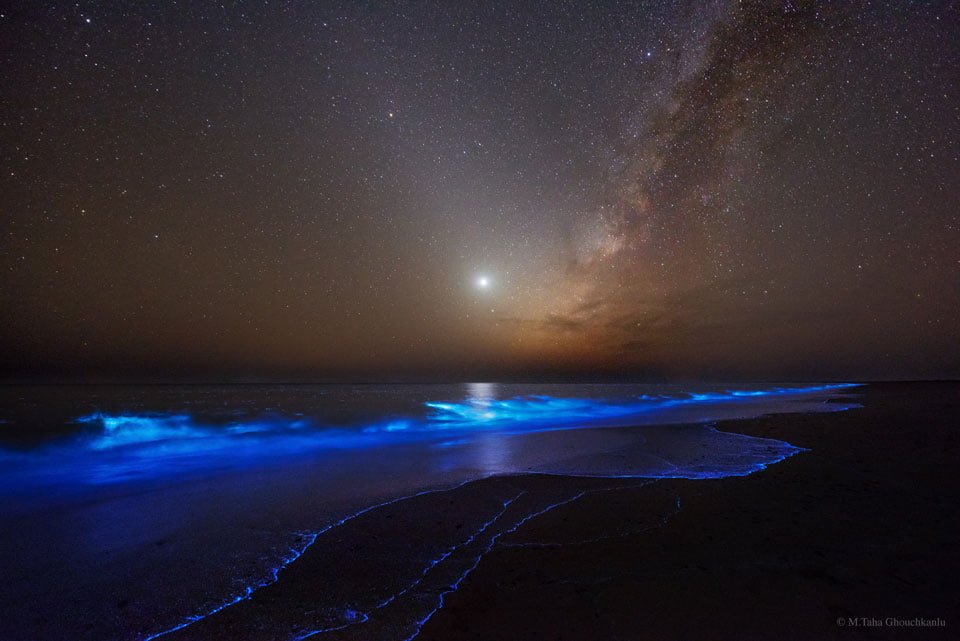 Tourists Can Introduce Sistan and Baluchestan

Mabin says that he has devoted his life to this issue and would do anything to revive his motherland. He shut down his exports and imports business to focus on his cause.

“I left Tehran to come here. Even I had the chance to live in a country like the UAE, but my sense of patriotism and attachment to my birthplace brought me to Chabahar. I cannot leave here at all. I do not see the tourists of Sistan and Baluchestan as simple travellers, but I see them as ambassadors who would advertise when they leave here; therefore, I have devoted my life to this.”