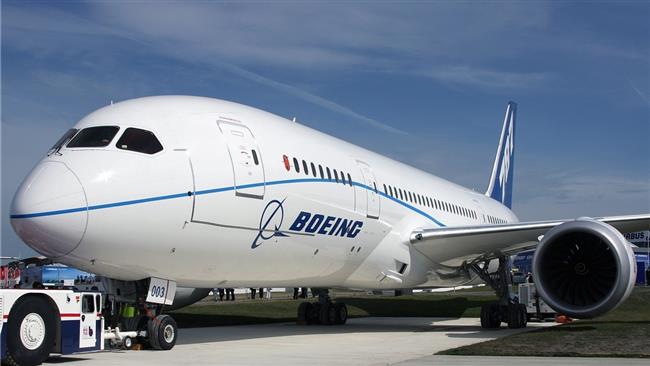 US President Barack Obama has lifted a decades-old ban on the export of civilian passenger aircraft to Iran as Tehran prepares to see sanctions relief.

President Obama delegated that authority to Secretary of State John Kerry on Friday through a presidential memorandum, a directive similar to an executive order.

The historic decision comes against the backdrop of planned implementation of Iran’s historic nuclear deal with world powers at the weekend.

“They have nearly completed their major nuclear steps, and that’s nothing to gloss over,” US Deputy National Security Adviser Ben Rhodes said.

He added that the decision would take effect as soon as the nuclear agreement is implemented and international sanctions are lifted on Iran.

US sanctions ban the sale of aircraft and parts to Iran. Under an interim nuclear deal in 2013, the West eased the ban on sales of spare parts but selling planes is still prohibited.

Western sanctions are the biggest enemy of Iran’s aviation which has been plagued by a series of air crashes, claiming the lives of hundreds of Iranians.

The nuclear accord reached with Tehran last July has provided Iran with a chance to renew its fleet of commercial aircraft.

Minister of Roads and Urban Development Abbas Akhundi has said that Iran would need to buy 500 commercial aircraft of various models at a cost of $50 billion.

Iran’s civil aviation fleet consists of 248 aircraft with an average age of 20 years, 100 of which are grounded, he has said.