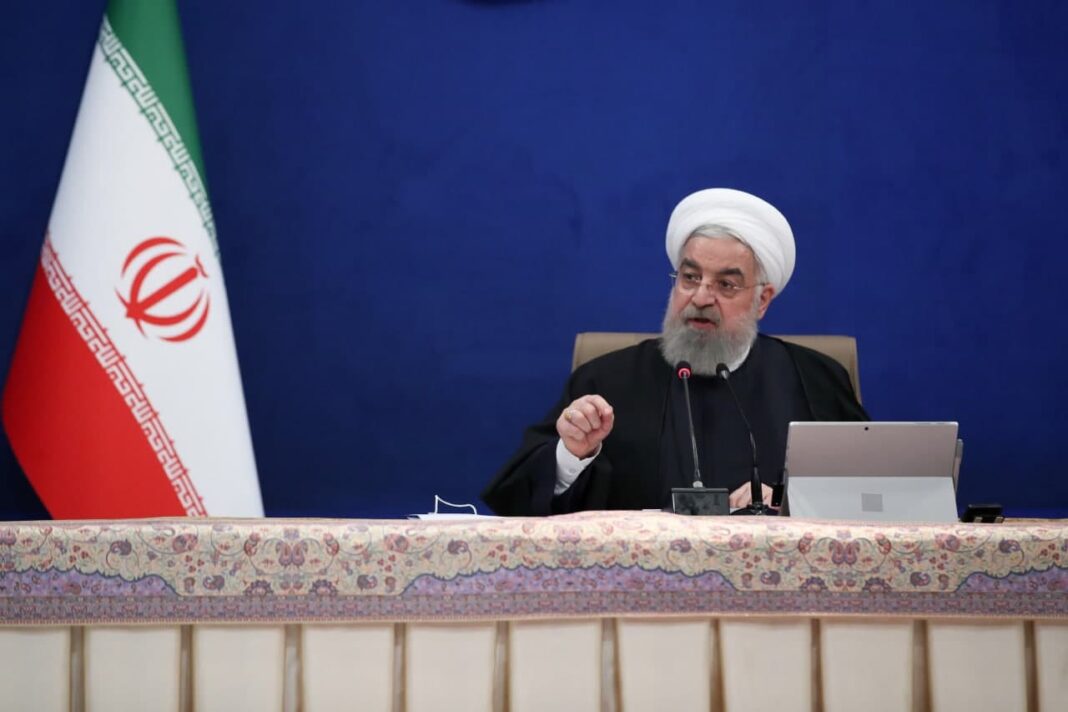 Speaking in a Wednesday cabinet meeting, President Rouhani said, “The Islamic Republic of Iran never wants to use nuclear weapons.”

“This is not what we say today; since 1991 we have talked about this issue many times and always had a consistent pinion in this regard that we don’t seek nuclear weapons; rather we are looking for nuclear technology and we will be, as it is our right,” he said.

“We do not want to have covert nuclear activity, neither yesterday, nor today, nor tomorrow, it is our firm decision, whether the United States, Europe and the United Nations want or not,” Rouhani said.

“In this regard, the opinion of the Supreme Leader as a fatwa is the principle for us and we will not breach our commitment,” he added.

The President also called the 2015 nuclear agreement (JCPOA) the result of months of efforts between Iran and the six major countries and said, “This agreement has not been reached easily and today we believe in the JCPOA that was approved on July 14, 2015. We do not accept any change in it, and we stand by our commitment.”

President Rouhani said, “In the same year that Trump left the JCPOA under pressure from Israel, Saudi Arabia and American extremists, after his speech at the UN General Assembly, they sent us a message eight times that evening when Trump was looking to meet with us.”
“The next day, when I was scheduled to address the General Assembly, the French president brought a message that if Iran agreed to add two clauses to the JCPOA – that it accepts to hold negotiation over its role in the region and its missile programme in the future – Trump would return to the deal immediately. But Iran announced that the JCPOA could not be changed.”

The president continued, “In 2019, on the sidelines of my presence in New York, we were offered that if you accept that the P5+1 meeting be held with the presence of the leaders of the 7 countries, Trump would announce immediately after the meeting that he would return to the deal, but the Islamic Republic insisted that if such a meeting was to take place, Trump would have to announce his return to the deal before the meeting,” he added.
Referring to the law passed by the parliament on the implementation of nuclear obligations, Rouhani said, “The government will implement the law, although it has explicitly stated its opinion on it. The important thing about this is that we need to be precise. What will be implemented is that Iran will suspend the implementation of the Additional Protocol from February 23, but no inspector will be expelled from Iran.”

The president added, “The dismissal of inspectors will be interpreted in world public opinion in the sense that we want to pursue nuclear weapons, which is not true at all. We have to speak precisely.”

Rouhani referred to the European countries’ official request from Iran for an opportunity after Trump’s departure from the JCPOA, adding, “The Islamic Republic of Iran waited a total of one year due to repeated requests from European countries and Iran’s goodwill was proven to the whole world.”

The President stated that the Trump administration suffered many and frequent defeats in the nuclear confrontation with the Islamic Republic of Iran.

“Contrary to Trump’s claims and efforts, neither Iran surrendered nor the Islamic Republic collapsed; thanks to the wise leader and resilience of the Iranian nation, Iran won the war despite enduring many hardships and problems, and today we are on the verge of conquering the summit,” he added.

Rouhani pointed out, “The problem today is only oppressive sanctions. If the US government lifts the sanctions in practice, the Islamic Republic of Iran will return to all its suspended commitments shortly after verifying the lifting of sanctions.

This position has been explicitly stated by the highest official of the Islamic Republic of Iran, namely the Supreme Leader.”