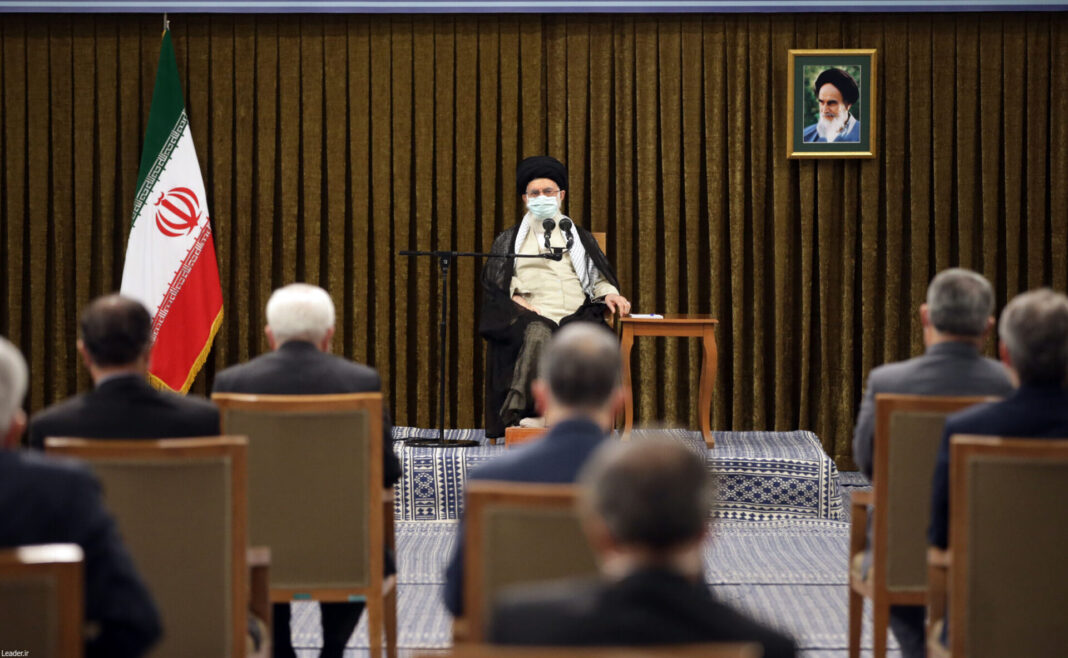 Iran’s Leader Ayatollah Seyyed Ali Khamenei says the nuclear negotiations between the Rouhani administration and the world powers proved that trusting the West is not helpful and Iranian administrations must avoid negotiating with them.

“Others should use the experience of Mr. Rouhani’s government; One experience is distrusting the West. In this administration, it became clear that trusting the West is not helpful,” Ayatollah Khamenei said in his last meeting with outgoing President Hassan Rouhani and his cabinet on Wednesday.

“They don’t help and they strike a blow wherever they can. When they didn’t, it was because they couldn’t,” the Leader added.

He said Iranian administrations should utterly avoid tying their plans to negotiations with the West, for they will certainly fail.

“This administration, too; wherever it relied on negotiations with the West and the US, they were unsuccessful, and when they relied on domestic potential, they succeeded.”

Ayatollah Khamenei pointed to the recent talks held in Vienna to revive the 2015 nuclear agreement, and said the Americans staunchly insisted on their obstinate stances during the negotiations.

“When making promises and on paper, they say they will remove sanctions, but in practice, they didn’t and won’t. Then they say new articles should be added to the deal that already exists,” he noted.

The Leader said the US insisted on the inclusion of a sentence in the deal that obliged Iran to engage in broader talks in the future, otherwise there will be no deal.

Ayatollah Khamenei described it as a pretext for future interference in Iran’s missile and regional issues, and said the country’s policies would not let that happen.

He said the US wants to first include that article in the deal, and once Iran refused to engage in such broader talks, tell the world that Tehran has breached the nuclear deal.

That is what they have explicitly told our diplomats in Vienna, the Leader said.