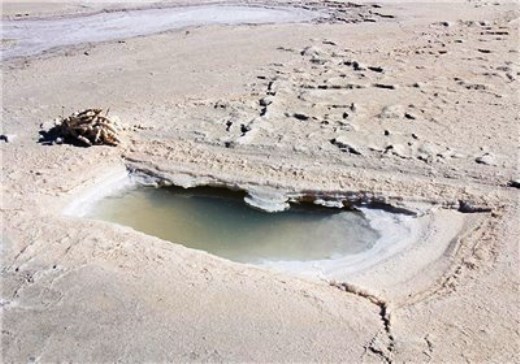 Under an MoU between Iran and a Norwegian company, the latter will study the ecological and environmental side-effects of transferring water from the Caspian Sea to Lake Orumiyeh.

A Norwegian company was assigned to research a plan to transfer water from the Caspian Sea to resuscitate the shrinking Lake Orumiyeh in northwestern Iran, an Iranian water official said on Monday.

A Memorandum of Understanding (MoU) was signed between Iran and Akvaplan (Niva) company of Norway, based on which the Norwegian company was commissioned to study the ecological and environmental side-effects of transferring water from the Caspian Sea to Lake Orumiyeh.

Iran has been negotiating for several months with the group ‘Research Sector’ under the supervision of the Norwegian company Akvaplan to implement the water transfer project, Eissa Bozorgzadeh, the research executive in Iran’s Organization of Water and Energy Resources Development (OWERD) announced.

Bozorgzadeh further noted that given the possible consequences and side-effects of implementing the project, Iran has asked for the advice of Akvaplan, which is well-experienced in this regard.

The Managing Director of OWERD Mohammadreza Rezazadeh referred to the drying up of the lake as a serious concern for Iran, and blamed the climate change and mismanagement of water resources for such problems.

Saroun, the managing director of Akvaplan Niva, for his part, said the Scandinavian company is serious about carrying out the project.

We will pay a visit to the city of Orumiyeh to discuss the plan with local experts, he said.

As Lake Orumiyeh is shrinking and deserts of salt expanding, Iranian officials are trying to find ways to avert an imminent disaster and to stop the salt lake from drying up.

One of the largest salt lakes in the world and classified as a Biosphere Reserve by UNESCO, Lake Orumiyeh has lost more than 60 percent of its surface over the last two decades due to drought and the damming of rivers feeding it.

The disappearance of the lake could leave behind billions of tons of salt which in turn displace millions of people and endanger the ecosystem of all surrounding areas, whose economy relies on agriculture and tourism.