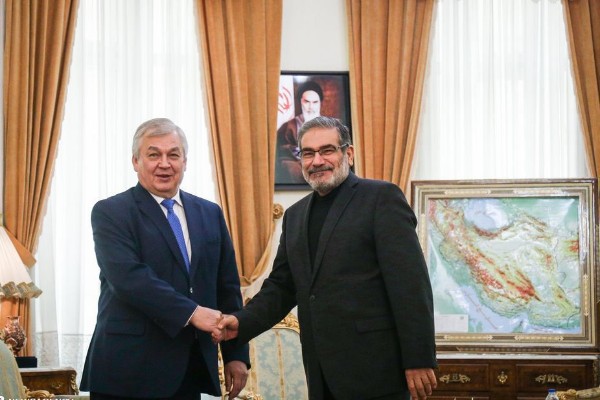 Russian President Vladimir Putin's special envoy for Syria says there will be no sustainable regional security unless Iran’s interests are met.

Alexander Lavrentiev made the remarks on Tuesday in a meeting with the Secretary of the Supreme National Security Council of Iran, Ali Shamkhani, in Tehran.

“As far as other parties fail to live up to their JCPOA pledges, we can’t expect Iran to remain committed unilaterally and without benefiting from its legal rights under the nuclear accord,” he said.

For his part, Shamkhani referred to the constructive and growing development of mutual ties between Iran and Russia as two friendly countries and strategic partners and said Iran praises the fair and resolute stances of Russia towards issues like the JCPOA, the US drone’s violation of Iran’s airspaces, Iran’s legal presence in Syria and the UK’s seizure of a tanker with Iranian oil.

During the meeting, the two sides discussed bilateral and regional issues.

Levrentiev is on an official visit to Iran at the direct order of the Russian president to brief Iranian officials on the latest trilateral meeting between Russian, American and Israeli security officials.