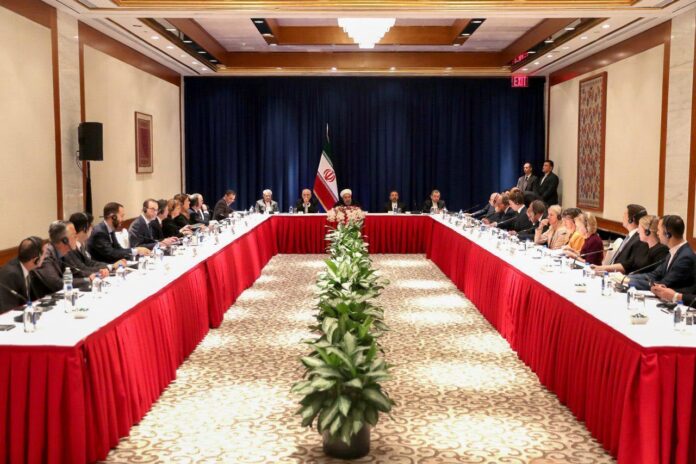 Iran’s President Hassan Rouhani has ruled out the possibility of meeting his American counterpart in New York, saying that Tehran has no hope that US President Donald Trump would change his behaviour.

He made the remarks in a meeting with a group of senior media directors of the United States in New York.

Last year, the President of the United States withdrew from a very important agreement without any reason and later threatened the Iranian nation, he noted.

Therefore, these actions could not be simply forgotten, he added, ruling out the possibility of a meeting with Trump on the sidelines of the UN General Assembly.

“Before any move, these wrong actions must be compensated,” added the Iranian president.

He further stressed that Iran has been committed to fulfilling its obligations under the Iran nuclear deal so far, and if the five countries adhere to their commitments, we can maintain it.

Otherwise, we will naturally make our own decision, he added.

“Once the US, Europe, and others boycotted the Islamic Republic for a few years, but they saw the outcome and finally came to the negotiating table. This bitter experience has already been repeated,” underlined Rouhani.