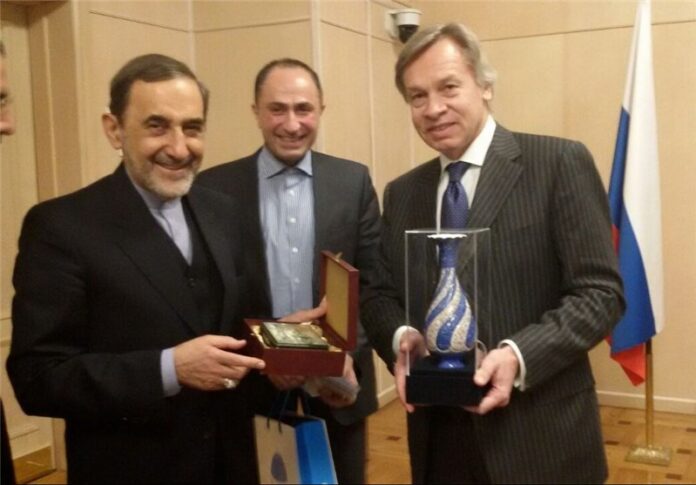 “The path of long-term and strategic cooperation between the two countries is irreversible, and the Islamic Republic of Iran is ready to boost support and cooperation (with Russia) in all fields,” Velayati said Tuesday in a meeting in Moscow with Chairman of the Russian State Duma’s International Affairs Committee Alexey Pushkov.

“One of the examples of the common interests of Iran and Russia is the Syrian issue,” the Iranian representative said, stressing that victory against terrorist groups in Syria will help protect the territorial integrity of other regional countries, such as Iraq and Turkey, and bring about stability and peace to the region.

“Extremism in the region is spreading into Central Asia and west of China, and bilateral cooperation (between Iran and Russia) could play a role in this regard (the battle against extremism),” he added.

Velayati is in Moscow for talks with top Russian officials on the latest developments in the region and coordination of policies on Syria.

Iran and Russia, two main allies of Syria, insist that settlement of conflicts in the Arab country should involve a political solution, excluding any foreign interference or terrorist groups.