No blue cities as Iran grapples with sixth Covid-19 wave 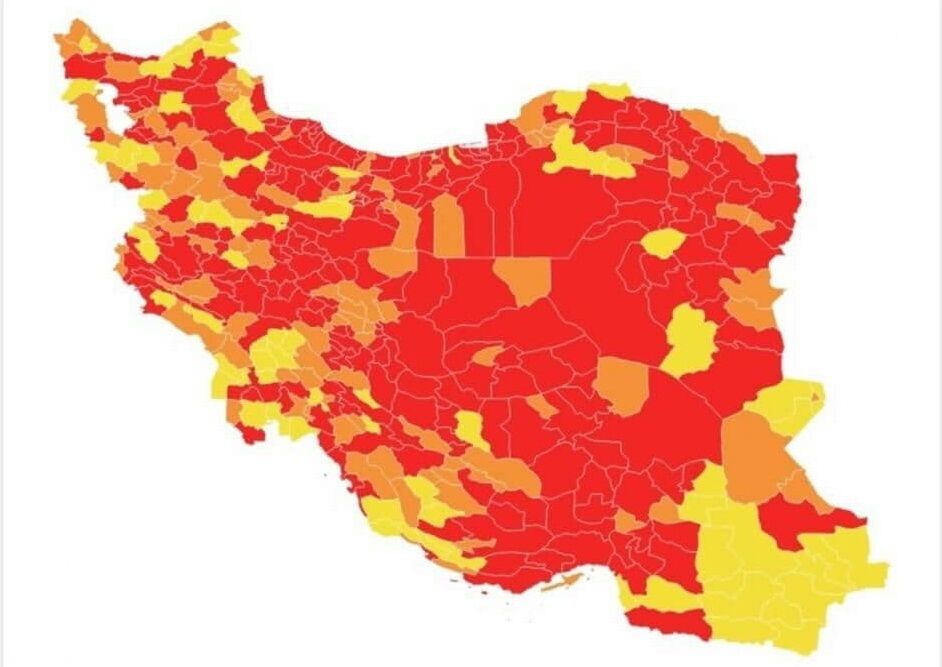 The spread of a new variant of the coronavirus known as Omicron has pushed up the number of Iranian cities declared Covid-19 red zones to 247 with no blue (very low risk) cities left in the country.

The latest figures released on Saturday show that there are currently 112 orange (high risk) cities and 89 are Yellow (medium risk).

Iran is grappling with its sixth wave of the respiratory disease with health officials urging the people to get their booster jabs as soon as possible in a bid to contain the latest surge of infections and deaths.

On Friday, Iran reported 143 new fatalities from the disease and more than 31,000 new infection cases over the past 24 hours.

So far, according to official data, more than 133,400 people in Iran have lost their lives to Covid-19.

The latest surge comes despite an accelerated vaccination campaign over the past months.

According to Iran’s Health Minister Bahram Einollahi, 90% of the target population in Iran has received one dose, 80% two doses and 27% three doses of coronavirus vaccine.

He has also warned that children are particularly vulnerable to the new variant of the virus.

The health minister says the current wave of the disease will reach its peak in two to three weeks, urging people to observe health protocols and get the booster shot as soon as possible.