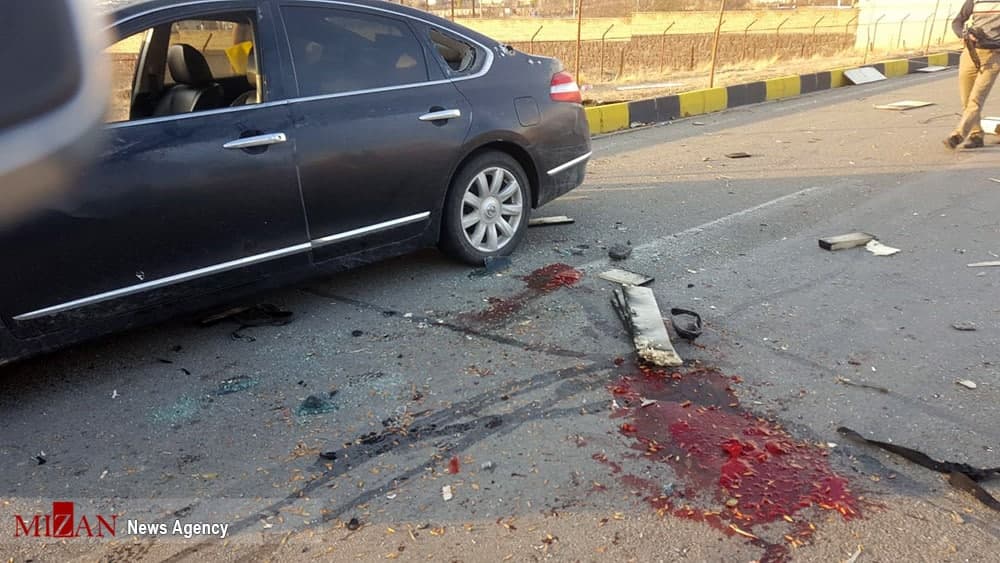 The IRGC-affiliated Fars News Agency reports that it has found out about more details of the terrorist act.

Based on this report, the bullet-proof car carrying Fakhrizadeh and his wife accompanied by three bodyguard vehicles sets off on a journey from a town in northern Mazandaran province to the town of Absard in Damavand region to the east of the capital, Tehran.

A few kilometres left to the site of the incident, the leading bodyguard car leaves the motorcade to go and check the destination for safety.

At the same time, the sound of a few bullets hitting the car draws the attention of Fakhrizadeh and makes the car stop. He gets out of the car, believing the sound had been caused by the car hitting objects on the road or by the engine malfunctioning.

Right then, several rounds were shot at Fakhrizadeh by a remote-controlled automatic machine gun from a Nissan pickup parked 150 metres from his car. Two bullets hits Fakhrizadeh on his side and one bullet in the back, causing his spinal cord to be severed.

Meanwhile, Fakhrizadeh’s lead bodyguard jumps in front of him to protect him, and is hit by several bullets. Moments later, the parked pickup truck explodes.

Wounded Fakhrizadeh is taken to a clinic and then medevacked to a hospital in Tehran, but, unfortunately, he succumbs to his wounds after a while.

It is noteworthy that based on the information received by Fars News Agency, the operation took around 3 minutes, and no human agents were present at the scene. The shots were fired by automatic weapons, and no one is hurt in the incident except Fakhrizadeh’s bodyguard, who is wounded.

An investigation to identify the owner of the Nissan pickup shows he had left the country on October 29, 2020.

Fakhrizadeh had been on the Israeli regime and terrorist group’s assassination list for nearly 3 decades. In recent years, several attempts on his life had been foiled.