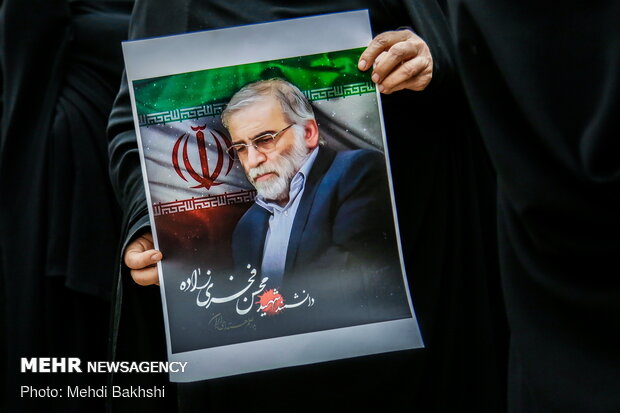 IFP has taken a look at the front pages of Iranian newspapers on Sunday, November 29, 2020, and picked headlines from 18 of them. IFP has simply translated the headlines and does not vouch for their accuracy. 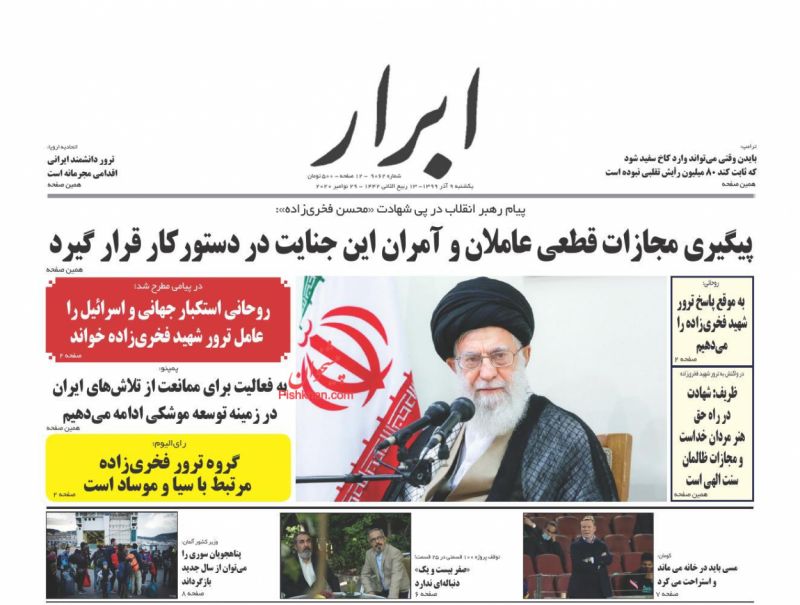 1- Head of Assembly of Experts: Iran to Take Harsh Revenge 1- What Did Audiences Say about ‘Trap of Tension’?

1- Iran Leader Calls for Punishment of Those Behind Assassination

2- Widespread Reactions to Assassination of Fakhrizadeh: How Will Iran Respond?

* From Responding in Appropriate Time to National Solidarity

1- The Day After the Incident

1- Definite Punishment of Perpetrators While Continuing His Scientific Work

1- Leader Orders Punishment of Those Who Ordered, Executed Assassination

1- Fakhrizadeh Family: His Path Will Be Continued

1- Iran’s Patience Getting Over: Countdown for Revenge Season 1- Wave of Condemnation and Protest against Killing Nuclear Scientist

1- Revenge in Due Time, Continuing Path of Martyr

2- Raisi: Fakhrizadeh and People Like Him ‘Heroes of Iran’s Progress’

1- Harsh Revenge or Strategic Patience?
* How Will Iran Respond to Assassination of Nuclear Scientist?