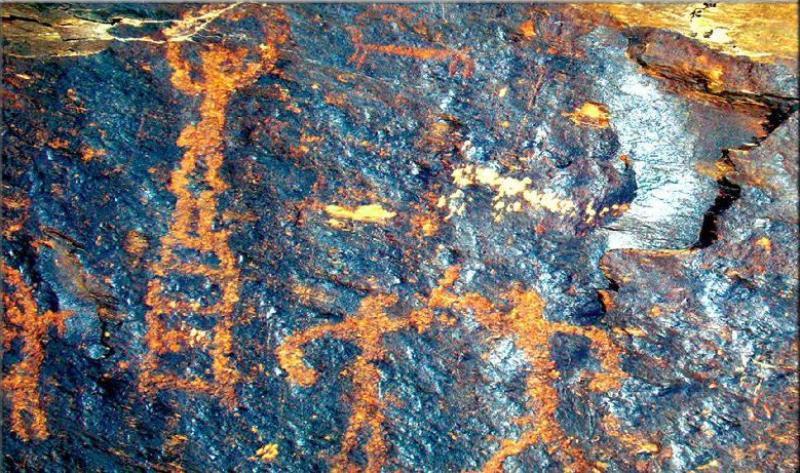 Researchers have recently found some ancient engravings in the city of Khomeyn in Iran’s Markazi Province that show boxing competitions used to be held in Persia thousands of years ago.

According to experts, images of human beings that are moving in and out of the boxing competition can be seen in these carvings. There is also an image of a referee over a wooden staircase in these engravings.

Mohammad Nasseri-Fard, who works on Iran’s engravings, has said in a Farsi interview with IRNA that the discovery of these images shows ancient Iranians in the third and fourth millennium BCE held sports competitions, especially boxing.

He also added that boxing originates in Greece (677 BC) and the researchers believe the sport has been played for recreation and combat readiness.

“Discovering multiple examples of boxing, polo and shooting shows that despite being forgotten, the rock painting and the art of engraving prove the existence of human life on the Iranian plateau, particularly in Central Iran [in ancient times].”

Nasseri-Fard went on to say that inclusion of images of rock paintings in the schoolbooks and college textbooks is one of the topics that should be given special attention because they introduce original cultural assets.

“24 provinces of the Iran are home to engravings, and the total number of these works is more than 50 thousand samples. However, no economic application has been created for the most ancient monument of Iran which belongs to 4,800 years ago.”

Therefore, he added, it is necessary to use these valuable assets to properly generate revenue and introduce a pure Iranian identity.

There are more than 21,000 engravings in an area of about 150 square kilometers in Khomeyn, some of which date to more than 40 thousand years ago.

The earliest known depiction of boxing came from a Sumerian relief in Iraq from the 3rd millennium BCE. Later depictions from the 2nd millennium BC were allegedly found in reliefs from the Mesopotamian nations of Assyria and Babylonia, and in Hittite art from Asia Minor.