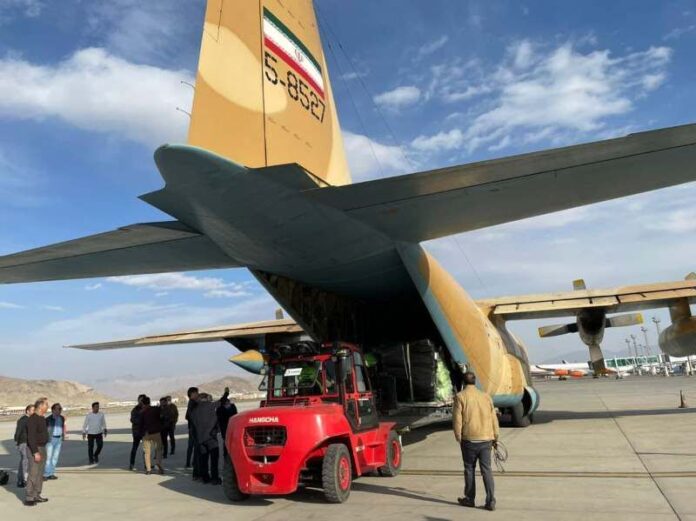 Another Iranian humanitarian aid shipment has arrived in the Afghan capital Kabul.

The aid shipment contains food and medicine for victims of two recent terror attacks on Sardar Mohammad Daoud Khan hospital and Eid Gah mosque in the capital Kabul which left dozens of people dead and many more injured.

The Islamic Republic of Iran previously sent aid packages of food, warm clothes, medicine and other items for the victims of terrorist attacks in Kunduz and Kandahar and the poor and vulnerable people in the neighboring country.

Tehran says it is ready to allow the use of its its transit routes as well as facilities at Chabahar port for any humanitarian mission in Afghanistan.

Over the past four decades Iran has hosted millions of Afghans fleeing civil war.