Netanyahu Has Lost Courage to Comment on Iran-US Row: Analyst 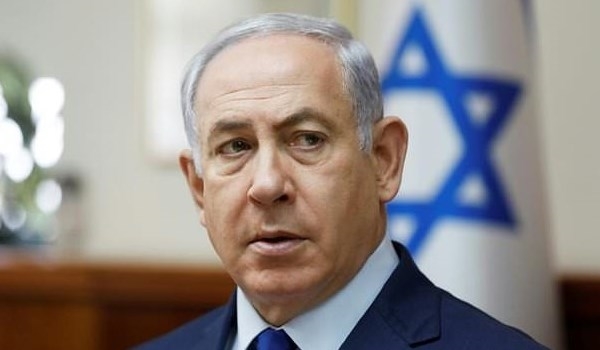 Abdel Bari Atwan, the editor-in-chief of Rai al-Youm newspaper, referred to the recent developments in the region, and said Israeli Prime Minister Benjamin Netanyahu who has long been threatening Iran is afraid to speak in support of the US verbal threats to Tehran these days.

“Why has Netanyahu kept silent these days and has bitten his tongue, while he always pioneered in threats to annihilate Iran? Is it for the missiles fired at Israel from the North, South and East? What happened to the ‘Iron Dome’? How was the myth of Patriot defense system shattered in confrontation against the Yemenis’ cruise missiles fired from Sa’adah mountains?” Atwan wrote on Sunday.

“In light of heightened tensions between Iran and the US in the region, Benjamin Netanyahu’s silence indicates the difficult situation that the regime has been entangled in, which has also decreased the regime’s regional role as the supporter of certain Arab states; the silence also reflects the regime’s fear as it is aware that it will be one of the main targets of any retaliatory military response by Iran or its allies, including Hezbollah, Hamas and Islamic Jihad,” he added.

Atwan pointed to the recent missile attacks by Yemen against the Saudi airport, and wrote that it had a message to Israel that Tel Aviv airport will be targeted in any future attack by Hezbollah or Hamas.

“Netanyahu who is at present the caretaker of Israeli defense ministry too does not dare to open his mouth these days and raise threats – which is one of his skills – because he knows the type of retaliatory responses waiting for him,” he underlined.

Yemen’s armed forces carried out retaliatory drone attacks on an airport in Southwestern Saudi Arabia for the second time in a week.

Yemeni Qasif-2K drones targeted the airport in the Saudi province of Asir in the early hours of Friday morning, two days after a cruise missile attack by army troopers and allied fighters from Popular Committees at the strategic Saudi facility.

A Saudi-led coalition spokesman said in a statement released by the Saudi Press Agency that the country’s air missile defense systems had intercepted five Yemeni drones over the Saudi airport on Friday morning.

On Wednesday, Brigadier General Yahya Saree, the spokesman for Yemeni Armed Forces, stated that US-built surface-to-air missile systems stationed at Abha airport could not intercept the cruise missile, which he said had hit the designated target with great precision.

He noted that the missile hit the observation tower in the airport, which is about 200 kilometers North of the border with Yemen and serves domestic and regional routes, causing significant disruption to air travel.

Saree pointed out that the missile attack on Abha airport was part of retaliatory measures by Yemeni soldiers and their allies in the face of the Saudi-led coalition’s crimes against Yemeni people.