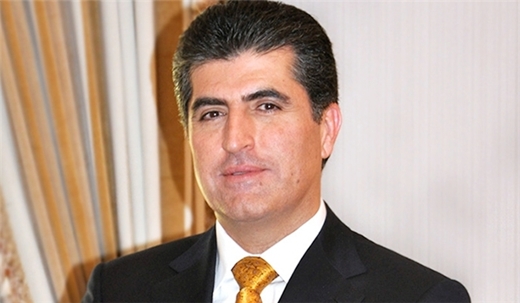 “Iran has played a very positive role during the ISIS attacks on Iraq’s Kurdistan region,” Barzani said in a meeting with Iranian Ambassador to Baghdad Hassan Danayeefar in the city of Irbil on Tuesday.

The two sides also exchanged views on the ongoing developments of the anti-ISIS campaign in the northern part of Iraq.

In a relevant development in October, Barzani warned state supporters of ISIS that their sponsors would soon wreak havoc on them, too.

“The reality is that if a country thinks ISIS serves its interests for some time, it is making a big mistake. The ISIS problem is not just its military attacks, but its discourse is the main problem, and this is a threat to the entire region,” Barzani said.

Elsewhere, he referred to ISIS aggression against the Iraqi Kurdistan Region, and said Iran has always been among first countries to rush to the Kurds’ aid in hard times.

“The Kurds have always had Iran on their side during all historical periods. When Halabja was pounded (by chemical weapons of the former Iraqi regime under Saddam Hossein in 1988), the world heard the voice of Halabja via Iran, otherwise no one would have known what had really happened there. Also, Iran opened its doors to millions of Iraqi refugees, and it was one of the first countries which helped us when ISIS attacked the Iraqi Kurdistan region,” Barzani said.

Noting that when ISIS attacked Kurdistan, certain Iranian military and intelligence forces came to the region and rendered much help to the Kurds in the fight against the terrorist group, he said, “We should here thank the Iranian leader, the Islamic Republic and Iranian officials, since they played a highly positive role and they are now playing the same role in Iraq and the Kurdistan region against ISIS.”