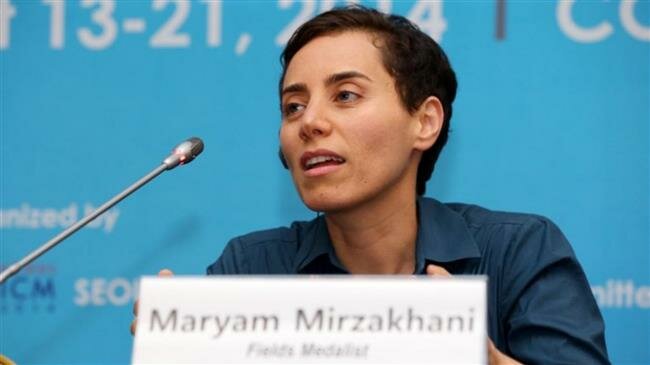 The US National Academy of Sciences (NAS) has renamed a prestigious prize in mathematics after the late Iranian math genius Maryam Mirzakhani, who became the first woman to be awarded the prestigious Fields Medal.

The NAS Award in Mathematics has now been renamed the Maryam Mirzakhani Prize in Mathematics after the Iranian scientist and will be awarded biennially for exceptional contribution to the mathematical sciences by a mid-career mathematician.

Nominations for the inaugural prize are due by October 7, 2019.

The former NAS Award in Mathematics was established in 1988 by the American Mathematical Society in honor of its centennial.

Mirzakhani was born in Tehran in May 1977.

She won gold medals in the 1994 and 1995 International Mathematical Olympiads for high-school students.

Mirzakhani gained her bachelor of science degree in mathematics at Sharif University in Tehran. She moved to the US in 1999 and earned her PhD from Harvard University five years later.

In 2014, the Iranian professor won the quadrennial Fields Medal, which is the most prestigious award in mathematics, often equated in stature with the Nobel Prize.

Her honors also include the 2009 Blumenthal Award for the Advancement of Research in Pure Mathematics and the 2013 Satter Prize of the American Mathematical Society.

Mirzakhani specialized in theoretical mathematics that read like foreign words by those outside of the mathematics field: moduli spaces, Teichmüller theory, hyperbolic geometry, Ergodic theory, and symplectic geometry.

At the 2018 World Meeting for Women in Mathematics in Rio de Janeiro, Brazil, Mirzakhani’s birth date — May 12 — was chosen for the celebration of women in mathematics.