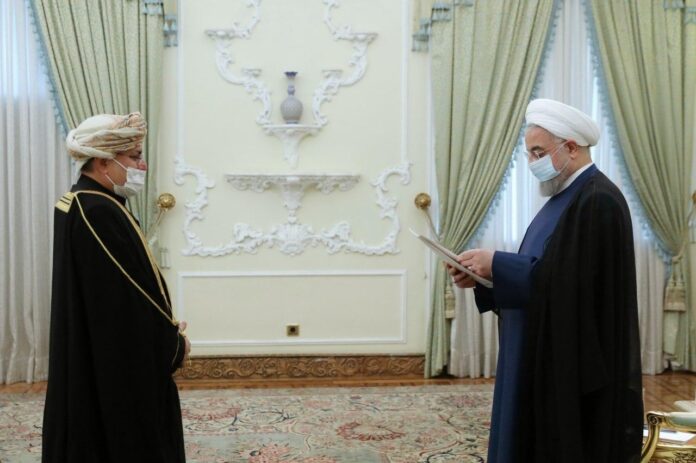 Oman’s new ambassador to Tehran has expressed his country’s willingness to broaden economic relations with Iran, which he praised as a treasure trove of opportunities.

In a meeting with Iranian President Hassan Rouhani on Tuesday, Omani envoy Ibrahim bin Ahmad Al-Moeini said the Sultanate of Oman is determined to promote cooperation with Iran in all fields of mutual interest, especially the economic ties.

The Sultan of Oman attaches great importance to relationship with Iran, the ambassador added, saying the two countries constitute the “strategic depth” of each other.

“We believe that Iran is a treasure trove of economic, scientific, technical and cultural opportunities that must be seized,” Al-Moeini stated, adding that the “sustainable and developing” economic ties between Tehran and Muscat would grow more rapidly.

In turn, President Rouhani expressed Iran’s interest in the enhancement of relations with “brotherly and friendly” Oman in various fields.

“The relations between Iran and Oman that are based upon good neighborliness, friendship and fraternity must continue to grow, particularly in the economic sphere,” he said.

Highlighting the major role of banking and financial cooperation in the promotion of economic ties, President Rouhani finally hoped that Iran and Oman would strengthen their economic interaction to serve the interests of the two nations.