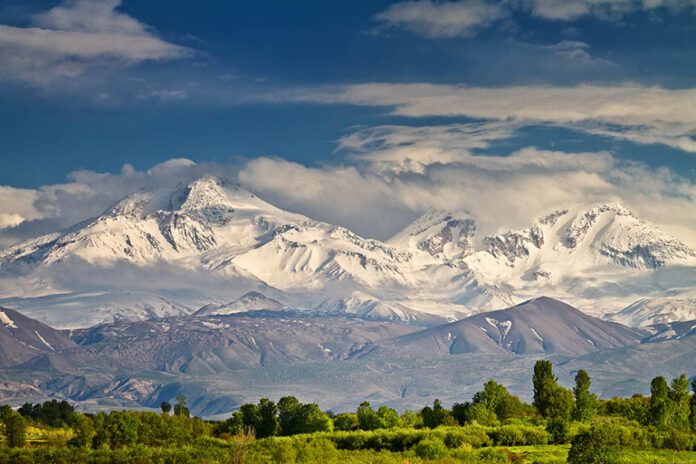 “Many people are fond of Iran’s mountains, but still there are many others who don’t know how they can get there. They don’t even know that a journey to Iran’s mountains is much cheaper than many other countries.”

Ali Shadlou recently started the first official course for training mountaineering leaders in Iran, in collaboration with the Cultural Heritage, Handcrafts and Tourism Organization, and the I.R. Iran Mountaineering & Sport Climbing Federation. As he explained to ISNA, “Iran’s mountains have many fans because of the geographical circuit they are located on. Also, travelling to them is much cheaper than many other countries. For instance, one can buy a permit for Mount Damavand for $100, while to buy Mount Fujiyama’s, which is called Damavand twin sister, costs $4,000. Many hikers and tourists are not even aware of this fact.”

He believes that by joining the International Federation of Mountain Guides Association (IFMGA), Iran can make up for this lack of knowledge, and change the course of hiking and hiking tourism in Iran.

The IFMGA was founded in 1965 by mountain guides and tour leaders from Austria, France, Switzerland and Italy, and currently has about 6,000 guides from more than 20 countries in Europe, Asia, the Americas, and Oceania.

He added, “If we can increase the number of Iran’s mountain guides to the level where we can form a national association and become a member of the IFMGA, then we can market our mountains much better.”

According to his current statistics, based on the training course in Iran, 14 people have already graduated and 15 more will soon be joining them.

“This number must at least reach 20 in order for us to form a national association. Of course, the number of skilled leaders in Iran is much more than that, but they should go through this training process so we can register Iran’s national association, which is already recognized by the Ministry of Youth Affairs and Sports and the Ministry of the Interior. This is one of the major conditions of becoming a member in the IFMGA.”

He highlighted that the I.R. Iran Mountaineering & Sport Climbing Federation has been proactive in this regard, saying, “The federation has done well so far. It has sent a representative to IFMGA’s seminar, which help them find out about Iran’s activities in the field. It has also invited IFMGA’s Vice-President to come to Iran. These steps surely will not be ignored.”