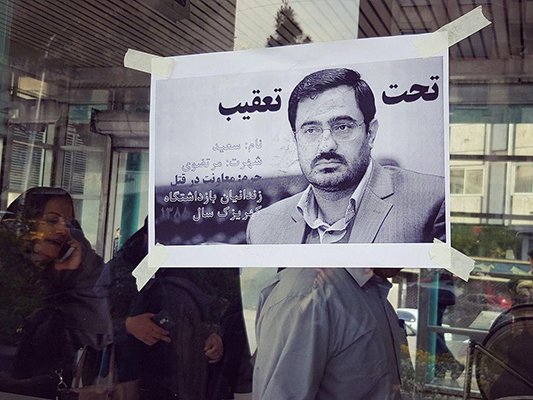 After the Iranian Judiciary announced it has yet to catch Tehran’s former prosecutor Saeed Mortazavi, activists have printed wanted posters and decorated the city’s walls with them to find the notorious judge convicted of complicity in the death of prisoners.

The reformist daily newspaper Ghanoon wrote on Monday that undoubtedly, the poster initiative is not to find him; it is rather a way to express the public demand for the arrest of Mortazavi in a sarcastic way. 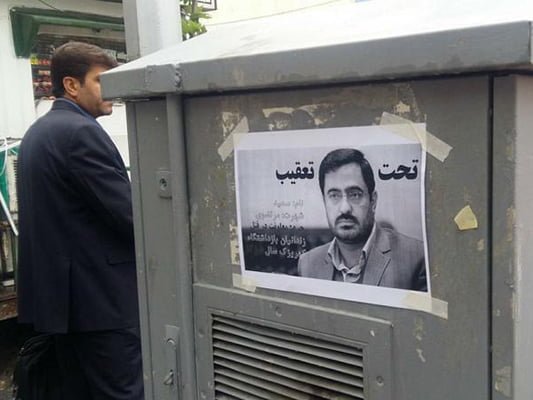 Another reformist daily Arman-e Emrooz also wrote that Iranian lawmakers are going to summon two ministers over the controversial case. Arman has referred to the tweets by Iranian lawmaker Fatemeh Saeedi in which she had written, “I call on the judiciary and the interior ministers to explain why Mortazavi has not been apprehended. If the final verdict is announced, it must be implemented.”

According to Arman, the Iranian MP has assumed that those who can apprehend Mortazavi know where he is.

“But the point is the possibility of the disappearance of a person like Mortazavi. Is this possible? Could the man, who appeared at court sessions with his bodyguards, disappear without informing the relevant organisations?”

“This comes as even his bodyguards do not know where he is! One cannot easily digest someone like Mortazavi has disappeared and nobody knows his whereabouts. Although it seems to be a deliberate attempt to appease the public opinion, but this can produce contrary results.”

According to Iran’s Judiciary, Tehran’s former Prosecutor Saeed Mortazavi who was supposed to serve a two-year prison term is nowhere to be found.

Earlier, Iranian Judiciary Spokesperson Gholam-Hossein Mohseni Ejei said that a court verdict calls for imprisoning Mortazavi for two years, but unfortunately he has not been arrested as his whereabouts are not known.

Mortazavi has been sentenced to two years in prison for complicity in the death of a prisoner in Kahrizak detention centre following the 2009 post-election unrest in Iran.