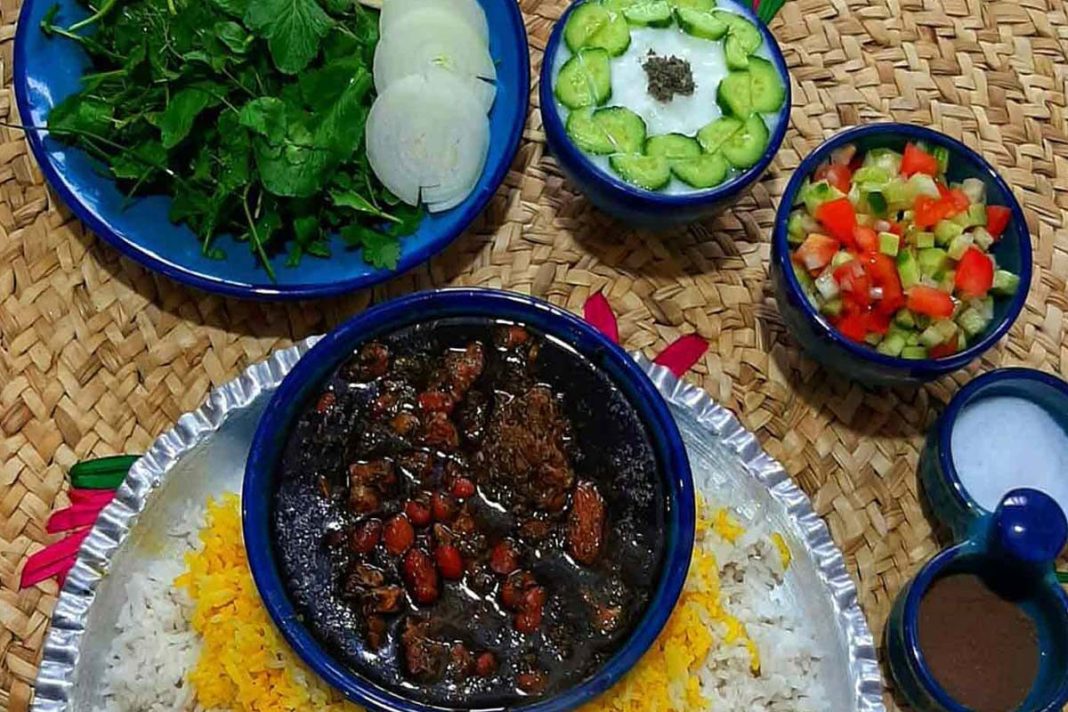 Morocco’s national volleyball team’s head coach, fresh from a trip to Iran, says Iranian hospitality and cuisines are exemplary among countries across the world.

Ruben Wolochin said he enjoyed having Iranian soup, kebabs and salads, but especially advised foreign tourists in Iran to test the trademark cuisine, Ghormeh Sabzi herb stew, made with lamb or beef, vegetables, and beans.

Some people even go as far as introducing Ghormeh Sabzi, with its pungently sour taste, as Iran’s national dish.

Wolochin said, “During our trip to Iran, we were surprised; of course in a positive way. All Iranians are hospitable and friendly, and the food is delicious.”

He made the remarks at Saad Abad cultural-historical complex during a tour of the Iranian capital Tehran in an interview with a reporter with IRNA, who happened to be at the complex to make a documentary.

The Moroccan national volleyball team was in Tehran at an invitation by Iran’s Volleyball Federation.