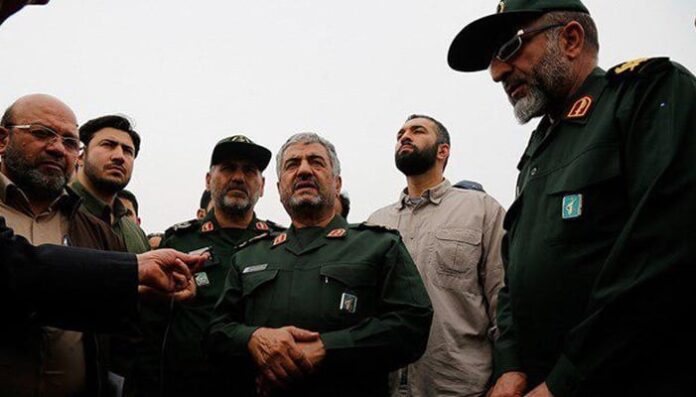 IRGC Chief Commander Major General Mohammad Ali Jafari says Iranian pilgrims were more enthusiastic this year to flock to the holy cities of Najaf and Karbala in Iraq to commemorate Arba’een, the fortieth day after the martyrdom anniversary of Imam Hussein, the third Shiite Imam.

Speaking to reporters on Saturday on the sidelines of his visit to the Shalamcheh border, the top general said despite the current economic problems and hardships, Iranian pilgrims showed a huge turnout in Arba’een march.

“The presence of Iranian pilgrims in the Arb’aeen epic was more significant this year compared with previous years and even the bad weather couldn’t undermine their will and enthusiasm to take part in Arba’een pilgrimage,” he said.

The IRGC chief commander also praised all Iranian security forces including the Law Enforcement, Basij [voluntary] forces, IRGC, provincial forces as well as voluntary forces who have done whatever in their power to offer services to the Iranian pilgrims during the Arba’een march.

He then referred to the public stances set up along the roads leading to Shalamcheh border crossing and said the atmosphere in the road is filled with a strange sense which can serve as an exercise by the pilgrims for preparing themselves for the greatest event in the Shiite and Islamic beliefs.

“Araba’een march is going on seamlessly. With the measures adopted so far by two Iranian and Iraqi officials, the march is going on smoothly despite the high turnout of the pilgrims. It goes without saying that there are still some unresolved problems along the roads which should be addressed properly,” he noted.

The top commander then pointed to the main message of the march for the whole world, saying that the message of Arab’aeen march is the need for creating unity and sympathy among Muslims around the world and bringing them together in fight against aggression.

“The global message of Arba’een is that all Muslims and non-Muslims including Sunnis and Christians in the world have become united in fight against arrogant powers and they are determined to take revenge against the oppressors,” he concluded.

Large groups of mourners, mostly Iranians, are travelling on foot towards the holy city of Karbala to take part in what is described as the largest annual religious gathering on earth. They are set to reach Karbala — where Imam Hussein’s shrine is located — on October 30.

Over 1.6 million Iranians have so far entered the Iraqi territory for Arba’een pilgrimage, according to official statistics.

All roads leading to the holy city of Karbala are reportedly filled with Shiite pilgrims, who have created an 80-kilometre human chain from Najaf to Karbala. The population is expected to witness a huge increase as of Sunday.

The Iraqi army and popular forces have beefed up security along the routes leading to Karbala, and so far no issue has been reported from the huge gathering.