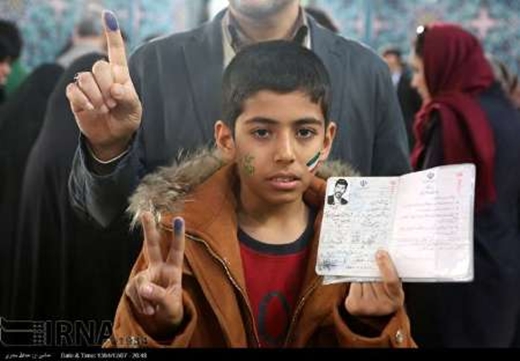 Doors of polling stations for Iran's parliamentary elections concluded closed at 23:45 hours local time on Friday after being extended five times as voters queued up in long lines to cast their ballots.

In Tehran province and some major provinces and cities, elections was extended for the fifth time. In some other provinces across the nation in ended at 23:00 o’clock after being extended for fourth times.

Few polling stations kept receiving voters by 23:59 as the elections had to close before Saturday.

Elections were held for the tenth round of Parliament and the fifth round of the Assembly of Experts.

The voting time which was originally set for 18:00 hours was first extended for two hours to 20:00. Then it was extended for a second time to 21:00, and to 22:00 for the third time due to massive turnout.

A total of 4,844 hopefuls, including about 500 women, who have been qualified from amongst 12,000 registered candidates by the Guardian Council, were taking part in the race to occupy parliamentary seats. At least 21 people vied for each seat in the legislature.

In the capital Tehran, more than 1,000 candidates were competing for just 30 parliamentary seats.

The Assembly of Experts will also see its 88 members elected by the people for another eight-year term.