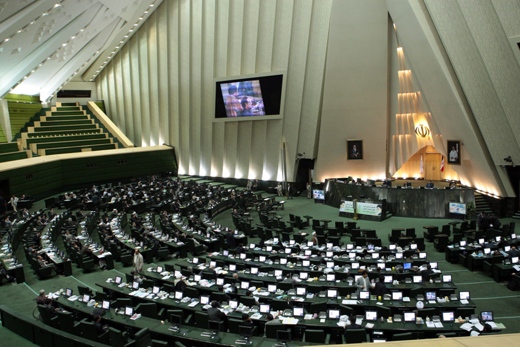 A couple of reports published by Tabnak news website state that the reformists and the conservatives have gained the same number of seats in the Iranian parliament, which means that independents will play a great role in determining the next parliament’s majority.

Tabnak’s reports came as other news outlets [e.g. KhabarOnline or Entekhab] claim that the reformists have won the elections with a large difference. The important point mentioned by almost all websites, however, is the role of the independents in the next parliament.

This is the translation of two separate reports by Tabnak, as translated by IFP.

The final formation of Iran’s next parliament was finalized in the run-off elections held on Friday, April 29, in several Iranian cities. The results indicate that both factions, the reformists and the conservatives, will have the same number of seats in the parliament, and the influence of the independent lawmakers will be more than ever.

The formation seems to be a balanced one, but some self-declared independent politicians may change their position and join one of the two factions. Overall, however, neither the reformists nor the conservatives have managed to gain a majority in the next parliament.

Conservative candidates booked 102 seats [in some sources near 80 and even 60] in the first round and 18 seats in the second one. They will thus have 120 seats [in other sources between 83 and 90] in the new parliament.

On the other hand, the reformist candidates, who achieved 83 seats in the first round, managed to have a more effective performance in the second round and gain another 37 seats. Thus they also have reserved 120 seats in the final formation of Iran’s parliament. Therefore, other active political movements will have a more important role in the decision-making process in the 10th legislature.

The candidates who did not join the conservatives or reformists and termed themselves “moderates” gained 7 seats in the first round and 1 seat in the second. The independent candidates, however, will have a great influence in the Iranian parliament with the 29 seats [in some sources 55] earlier reserved in the first round and the 12 seats [in some sources 10] in the second. In a parliament with no majority party, the independents with 41 seats will play a key role for the first time in the Islamic Republic.

Given the Guardian Council’s decision to disqualify Minoo Khaleqi, the reformist member-elect of Isfahan, the constituency’s seat will be decided by a midterm election, and thus, the next parliament will start its work with 289 members, as illustrated by Tabnak’s info-graph. 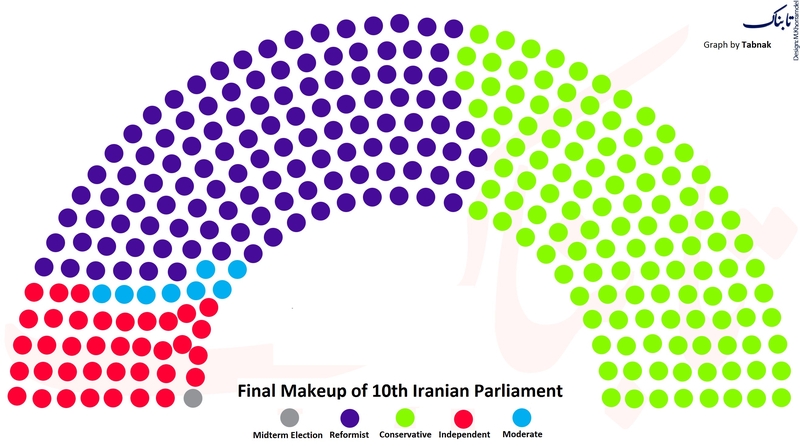 The graph demonstrates that neither the reformists nor the conservatives will have the final say in the parliament. The reformists will need the independents’ votes to achieve their goals, and in what seems to be a high priority after the elections, they will have to negotiate with them to increase their standing after 12 years of silence in Iran’s politics.

The conservatives will also start negotiations with those who have declared themselves independent. Their goal will be to prevent the reformists from gaining a majority, and also to create a balance in the struggle with the other faction in the next parliament.

There are also certain independent candidates in some constituencies who might originally have been reformists, but were not selected by the faction in the final list. These members could join the conservatives to demonstrate their worth to those who passed them over.

There is no doubt that, in the coming days and months, there will be lots of bargaining and negotiating as to the final composition of the parliament. We should wait and see whether the independents will stabilize the reformists’ majority, or prepare the conservatives for a balanced confrontation.