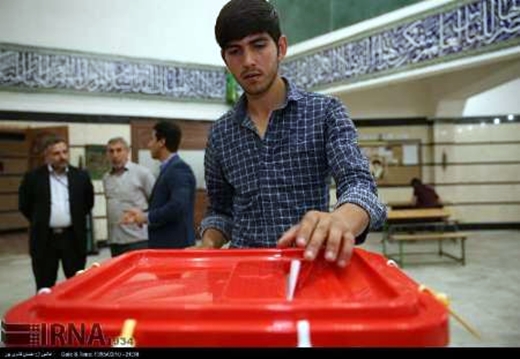 Iran's Deputy Interior Minister Hossein-Ali Amiri announced that the turnout in the second round of the 10th parliamentary elections was 59 percent.

Amiri stated that the figure indicated a 3% increase in comparison with the run-off of the 9th parliamentary elections.

He added that the winners of the second round of the 10th parliamentary elections have been announced in 51 constituencies, and that the results of four remaining constituencies will be announced, after some legal formalities, as soon as possible.

He also noted that 47% of the winning candidates were women, and the rest men.

Iranians voted in the run-off parliamentary elections in which 68 seats were up for seize in the 290-seat Majlis.

Polls opened at 8:00 local time (0430 GMT) on Friday (April 29) in 55 cities and towns in 21 provinces across the country. According to the Elections Headquarters, 136 nominees ran for 68 seats. About 17 million voters were eligible to go to the ballot boxes for the run-off elections across the country.

There was no run-off vote in the capital city, Tehran, as candidates close to the President Hassan Rouhani gained all the 30 seats on February 26.

The new parliament will begin its session on May 27.